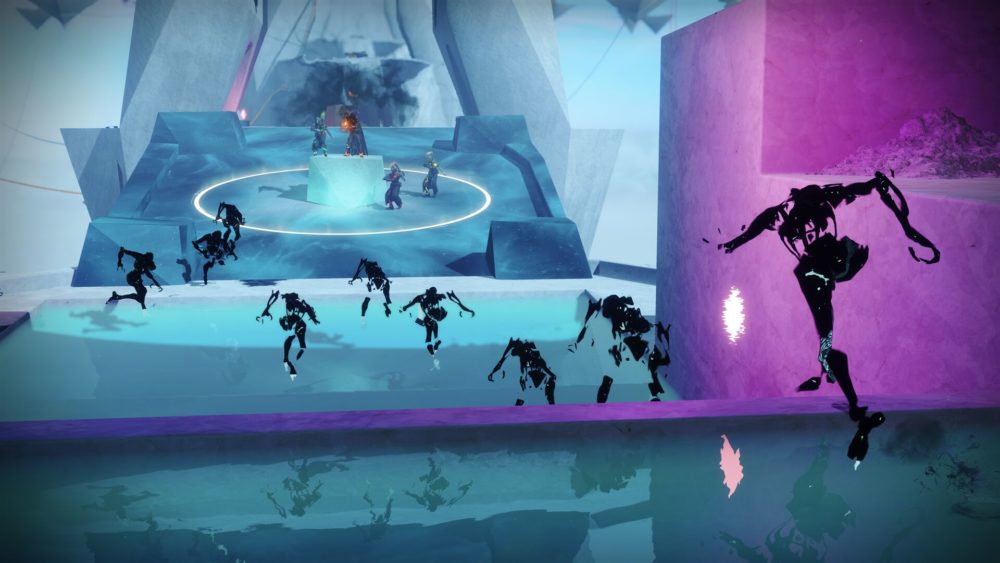 There’s something nostalgic or romantic about the word “expansions” when it comes to video games. People are reminded of all-time great packs that radically beefed up some of their favorite games. It was risky, then, for Bungie to go out of their way to give up on mini-expansions like Curse of Osiris, and replace them with a paid Annual Pass.

While I was cautiously optimistic when it was announced, since it would be pretty hard to limbo underneath the bar that Year 1 Destiny 2 set, many were skeptical or at least not willing to trust so easily even after the success of Forsaken.

Black Armory and the first few weeks of the Season of the Drifter are not perfect, but the strategy of adding valuable content that actually keeps players busy in between “real” expansions is working way better than at any other time in Destiny’s history.

Eater of Worlds is mostly irrelevant, as are the prophecy weapons (which was a great idea that was totally wasted).

Warmind fares a little bit better. It at least added a few cool exotic weapon quests worth chasing, the crucial exotic Sleeper Simulant catalyst is still locked away in Spire of Stars Prestige, and Escalation Protocol has at least a couple of relevant and useful weapons in it. At least, more than the zero that the Lost Prophecy quests added.

That’s… pretty much it. That is not a lot of long-term value out of those two expansions.

We’re barely even getting started with Season of the Drifter and I’m already ready to call it in favor of the Annual Pass in terms of valuable content.

The Black Armory Forges are basically exactly what the Lost Prophecy weapons could have, and should have been. First off, the Forges actually managed to find the elusive “midcore” level of difficulty that so many live games, whether it’s MMORPGs or other looter-shooters, struggle to get right.

Everything leading up to a Forge run is solo-able and appropriately grindy without being over the top. The Forge runs are challenging, but don’t approach raid-level difficulty, and reward you with gear that’s honestly more exciting than the raid weapons and armor, especially considering two solid exotics are tied to them.

A lot of the Black Armory weapons are awesome, and chasing for your favorite combination of perks, or crafting the twisted version of older weapons, makes it repeatable beyond just bribing people with the powerful engrams it dishes out weekly.

It’s content that I can still see myself wanting to do in Year 3. Scourge of the Past is an afterthought, which says a lot for how good the other content was.

Moving on to Season of the Drifter, right off the bat Gambit Prime and by extension The Reckoning are two events that are going to have more legs than most of CoO and Warmind did in their entirety.

The casualty of the Annual Pass was supposed to be story content but honestly, I found the cutscene-less Allegiance storyline to be far more entertaining than anything that came out of CoO or Warmind.

I love that we had to make a choice which could have long-term implications. And also, through clever lore hints sprinkled throughout the Allegiance quest, Thorn was brought back into the fold for Destiny 2.

Good expansions that really earn their value, should offer a burst of short-term value, but also have something that builds on what already exists, and becomes a mainstay for months and years to come.

Barely anything Warmind, and especially CoO added felt that way. As I noted in my Curse of Osiris review, it just felt like more of the same thrown on top and it did very little to address the bigger picture problems with vanilla Destiny 2.

The Annual Pass, on the other hand, is adding unique experiences that are well put-together, rewarding and repeatable. It may not be a formal expansion, but carries all of the qualities of a good one.