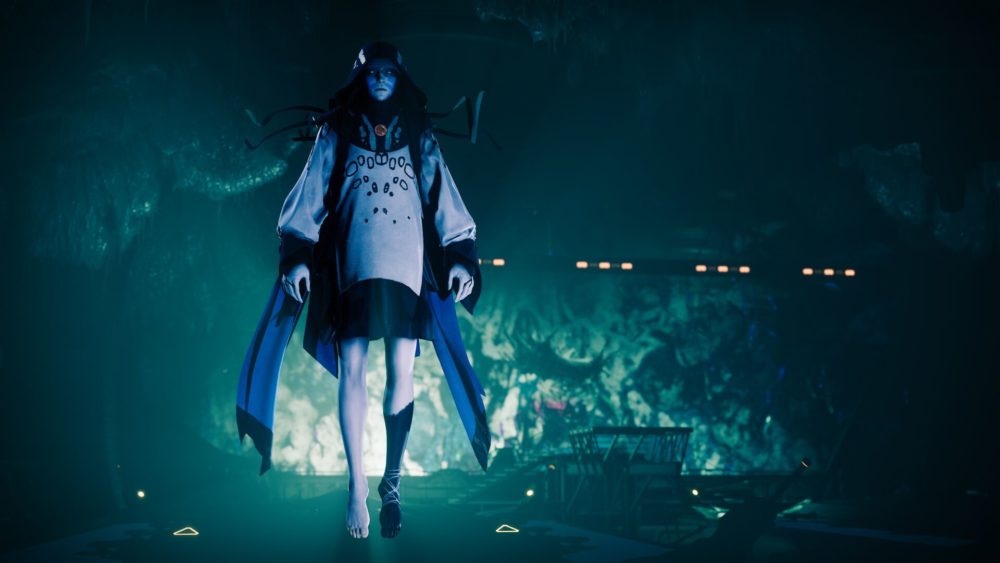 Destiny 2’s Season of the Drifter is here and it has brought along with it a new quest line, Allegiance, where you’ll need to side between the Drifter or the Vanguard. If you’ve chosen the Vanguard, you’ll be asked to locate a secret courier agent in the Tower that works on behalf of Aunor and the Vanguard. Here’s where you can find the secret agent’s location in the Hangar for the Allegiance quest, complete with pictures (see below).

Viewing the pursuit in your inventory, you’ll know that the Agent is somewhere in the Hangar, likely not far from where you finished the last part, but you don’t know where exactly. The hangar is pretty big. Luckily it’s pretty easy to find once you know where you’re going.

You can see the exact location in the picture above, but allow us to provide you some written directions too, just in case.

From the opening of the Hangar (facing Amanda Holliday), make a left towards Dead Orbit, walk right past their Marilyn Manson looking leader and then make a right once you’re up the steps. Make two quick rights, and you’ll be staring right at a woman standing in front of a board with a bright light. That’s your target.

Interact with her and you’ll have completed your quest. You’ll then be able to move onto the next phase which will ask you to spy on the drifter and find some intel in the Annex. We didn’t realize siding with the Vanguard would have you get so dirty!

That does it for the Vanguard Agent’s location in the Hangar during the Allegiance quest in Destiny 2. Be sure to check out the pictures below if you’re still having trouble and best of luck completing this new quest line. Hopefully you chose correctly!