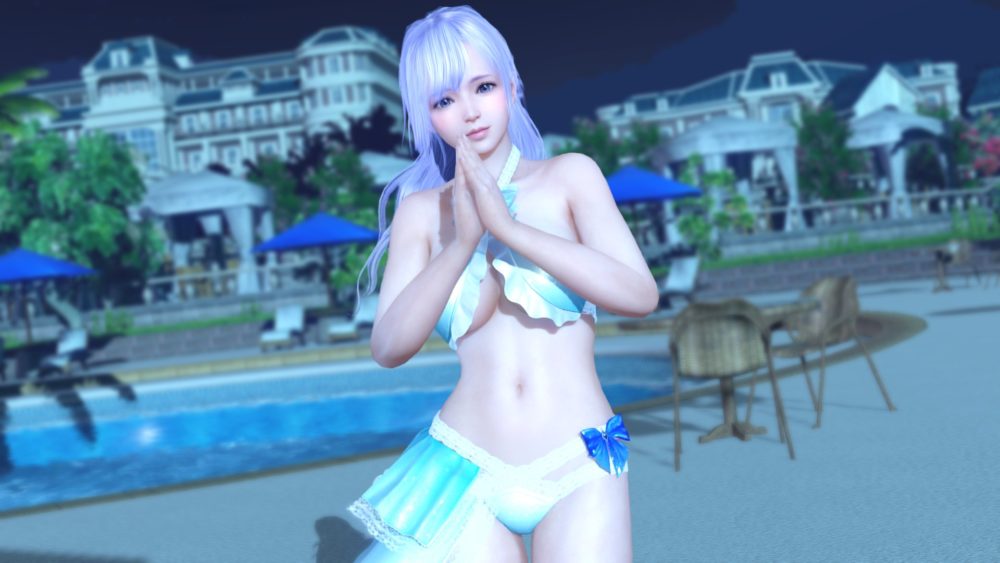 The update brings the usual new weekly event which is the second part of the White Day celebration. Of course, it comes with new swimsuits for Fiona, Misaki, and Luna.

Interestingly, the new update also brings back the Pool Hopping minigame from Dead or Alive Xtreme 3, but only the assets are used. The mechanics are completely different as the activity is turned into a sort of board game ran by a roulette mechanic. It isn’t very exciting, to be completely honest.

More functional is the new ability to upgrade accessories, that now can be leveled exactly like swimsuits. While the power gain is much smaller, it’s a way to do away with all the unused glasses and flowers you have in your inventory while gaining a few points on your girls.

You can check out the new swimsuits below, even if the gacha from the first part of the event is still up, and might be more attractive for those who still need to unlock the ladies who aren’t included in the new one.

If you’re not familiar with Dead or Alive Xtreme: Venus Vacation, it’s available exclusively for PC only at the moment, and only in Japanese. Dialogue isn’t exactly all that relevant in this game, so you can play it without giant issues.

If you’re more interested in console games, you can check out the latest trailer of Dead or Alive Xtreme 3: Scarlet, which has just been released for PS4 and Switch. Unfortunately, we just learned that the PS4 version will suffer from additional censorship on top of what was initially revealed.