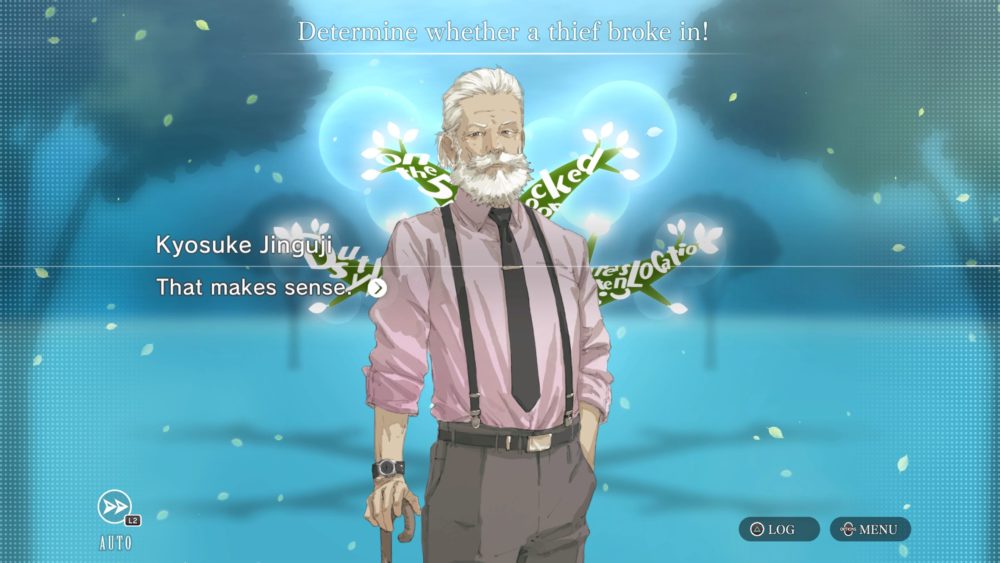 The additional title is a reminder of the series’ western legacy, as this game is the prequel of the Tantei Jinguji Saburo series, which was previously localized as Jake Hunter Detective Story.

Fans of Japanese games will be happy to learn that it appears that Arc System Works has dropped the Americanized names from the series’ past, and all the materials we received carry the original Japanese names. This is actually an interesting and unexpected choice considering that the game is actually set in the United States.

If you’re unfamiliar with the name, have some information directly from Arc System Works’ press release.

In the wake of the death of his grandfather, Saburo Jinguji heads to the United States to uncover the truth in this unique mystery adventure game from Arc System Works and Neilo Inc.

You can also check out quite a few localized screenshots and character art of Alternate Jake Hunter: Daedalus The Awakening of Golden Jazz below. If you’d like to see more, you can also enjoy a trailer released last year for the Japanese release.

This isn’t the only news we got today from Arc System Works, as this morning we learned the release date of Kill La Kill The Game: IF for PS4, Switch, and PC. Afterwards, we got the North American release date of World End Syndrome for PS4 and Switch.