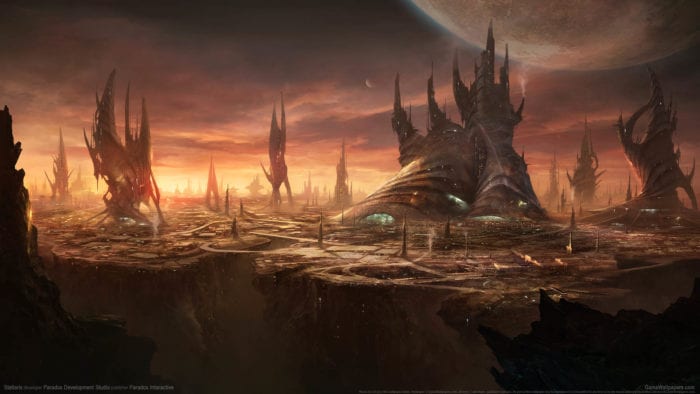 Paradox Interactive has just released a feature trailer for their upcoming Stellaris: Console Edition that details what players can expect from the game. In particular, the video provides a great look at the title’s gameplay and redesigned UI.

For those unfamiliar with Stellaris, Game Director Daniel Moregård provides an excellent overview of the basic structure of the game in the trailer. He says that the goals for players are to”explore the galaxy, develop your economy, engage in diplomacy with other alien empires, and deploy your military might to secure your interests.”

The gameplay footage in the video helps to give visual context for these goals as viewers can see massive space battles, empire creation, randomly generated galaxy maps, planet discovery, resource harvesting, colonization, first contact with other empires, and diplomacy.

These segments also show off Stellaris’ new console menu UI. Much of Stellaris is played through in-game menus so making it easy for PS4 and Xbox One players to navigate them with a controller is crucial.

Luckily, the trailer shows that Paradox has appeared to have struck a great balance between analog, d-pad, and shoulder button navigation and face button commands. There will likely be a learning curve for most players, but the developers have smartly made their many complex menus manageable on a controller.

Stellaris: Console Edition looks to be shaping up quite well and should offer PS4 and Xbox One owners with an experience rarely seen on consoles. The starting price point of $39.99 should also help entice any players unfamiliar with the 4X grand strategy genre.

You can find the feature trailer below. If you want to be prepared for your first playthrough, you should check out our guides on how to expand borders, how to build robots, and how to get influence. Stellaris: Console Edition will be available for Xbox One and PS4 on February 26.