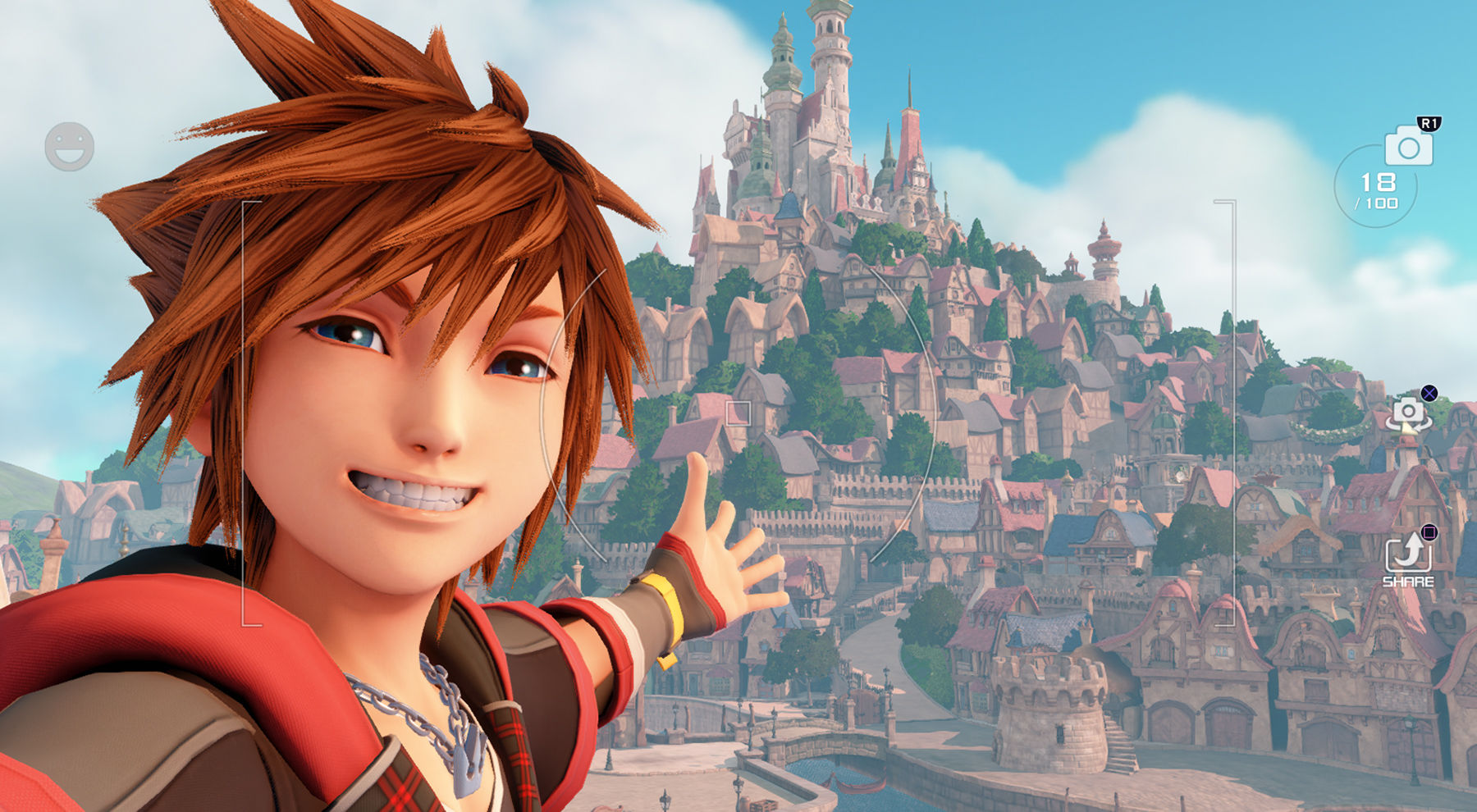 How Old Sora Is in Kingdom Hearts 3

Kingdom Hearts main protagonists have been a mainstay of the series since the very first game, and Sora has steadily aged over this time. Although that isn’t to say he is as old as Kingdom Heats itself. Here’s everything we know about how old Sora is in Kingdom Hearts 3.

First, it’s worth immidiately declaring that Square Enix has not made Sora’s age official, either in the game or in any sort of related material. What we know is based entirely on comparing the chronology of previous games that have suggested his age.

In the very first game, he is said to be 14 years old, and that is the age he remains until the last mainline entry in the series: Dream Drop Distance, where he was 15.

Given that Kingdom Hearts 3 takes place soon after the events of Dream Drop Distance, we’re assuming that Sora hasn’t aged much. Particularly so, because the climax of the previous game doesn’t really allow for much time in between –there’s urgency for the protagonists to quickly seek out the necessary power to overcome Xehanort.

If we had to guess, it seems likely that Sora is around 16 years old in Kingdom Hearts 3.

Until Square Enix gives us any official word, that’s all the information we have about how old Sora is in Kingdom Hearts 3. For more tips and guides on the game, be sure to check out our wiki page.

Question: How old is Sora in Kingdom Hearts 3?

Answer: There’s no official claim as to Sora’s age either in the game or by developer Square Enix, but based on the fact that he was 14 in Dream Drop Distance and Kingdom Hearts 3 takes place soon after, we’d estimate Sora is 16 years old.