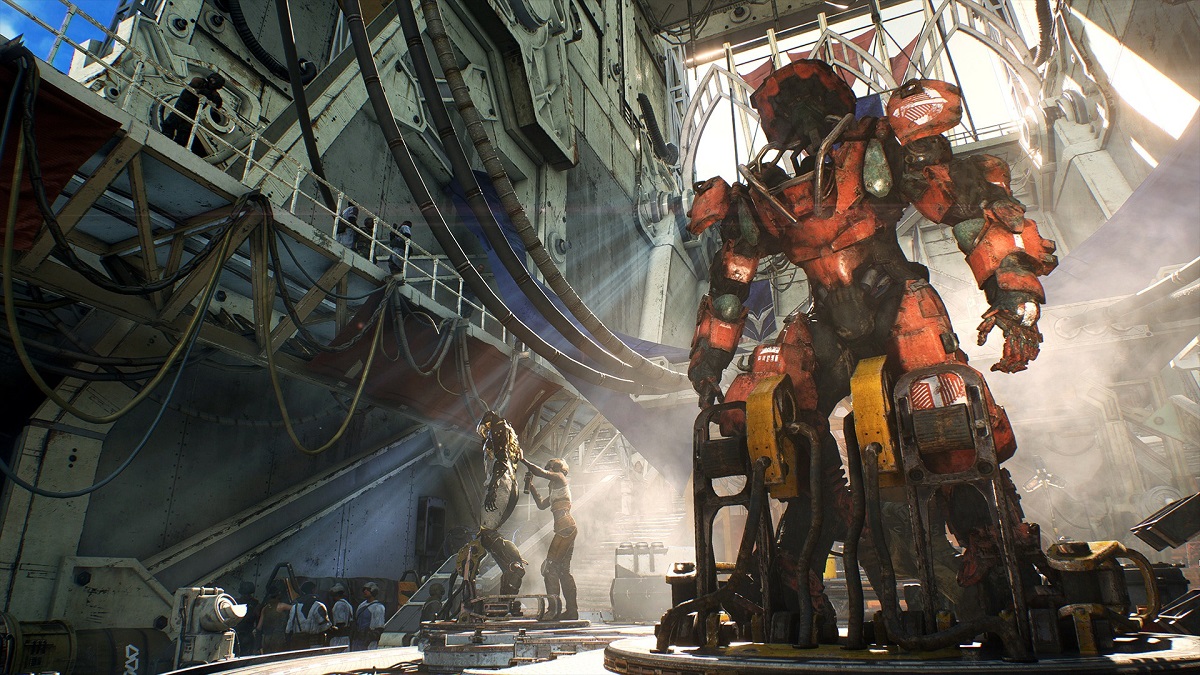 How to Change Difficulty in Anthem

Anthem already lets especially eager fans don Javelin suits, fly through its lush jungles and blast away at a variety of opponents. Similar to other loot-based shooters, there are multiple levels of challenge to the missions that Freelancers can tackle. Here’s everything you need to know about how to change difficulty in Anthem.

Anthem gives players a choice between six different difficulty settings, which are as follows:

Each difficulty increase in Anthem comes with a higher chance of better gear drops, while also increasing enemy health and damage.

Though, it’s worth noting Grandmaster difficulty has a recommended power level of 340. We finished the campaign in the low 200’s, so if you’re anything like us, you’ll be grinding towards that for quite some time.

When hopping into your Javelin in Anthem, to leave Fort Tarsis, you’re given the options of selecting missions, inviting friends and changing the difficulty. The game’s UI can take a bit of getting used to, so look for the option to change difficulty below the mission’s name.

Selecting it with your analog stick, or with a left-click if you’re playing Anthem on PC, will bring up the difficulty list. You’ll then have to choose the desired difficulty from those available, based on whether you’re up to matchmake with others or would rather have at it alone.

Once you’re happy with the difficulty you’ve selected in Anthem, simply launch the mission with the option at the bottom of the screen and you’re all ready to go.

That’s all you need to know about how to change difficulty in Anthem. You’ll find more tips, tricks and guides for Bioware’s first third-person loot-based shooter in our Anthem Guide Wiki. Alternatively, searching Twinfinite is another way of finding answers to your questions.

For a quick taste, we already have articles covering how to change weapons, alongside a very handy guide on primers and detonators, which explains how to get combos and why they’re important.