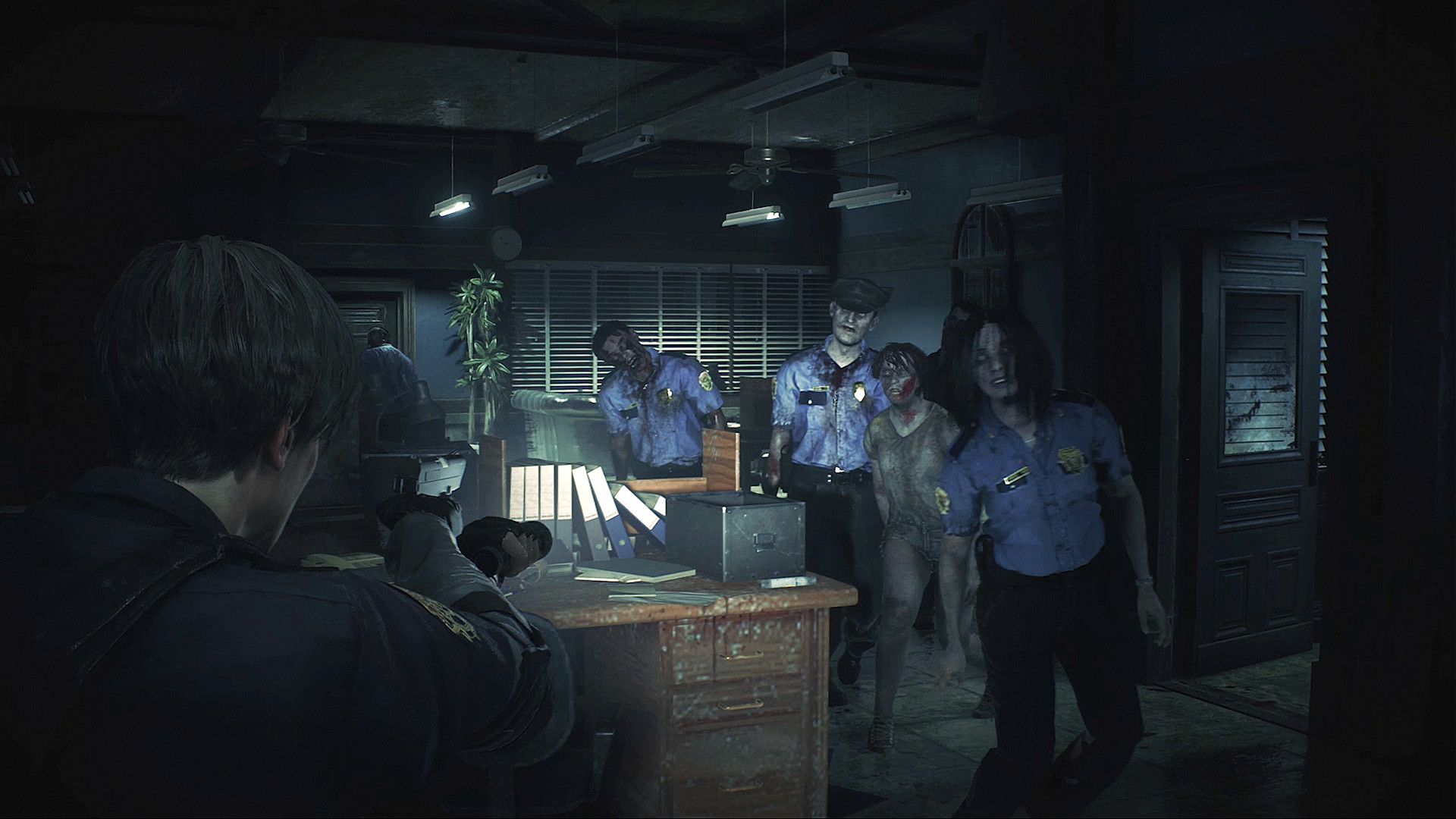 Is There a Fixed Camera Setting in Resident Evil 2? Answered

If you’ve played the original Resident Evil 2 from way back in 1998, you’ll know that its fixed camera was what made it so iconic. Not only did you get artsy angles of the various areas of Raccoon City Police Department, but it also added to the suspense. As such, some players may be wondering if there is a fixed camera setting in Resident Evil 2.

Sadly, we’ve got some bad news for you this time around. Resident Evil 2’s remake on Xbox One, PS4, and PC doesn’t have a fixed camera setting. As part of the remake treatment, Capcom has opted to transition from these fixed camera angles and instead used a third-person camera angle instead.

Players are able to move the camera around as much as they would in the likes of the latest Tomb Raider, Uncharted, or Gears of War games to name a few.

It’ll follow your character from just over their shoulder for the most part, but you’ll be free to gaze around your entire surroundings to ensure you’re not missing any pesky hidden items in the corner of a room.

Sadly, Capcom hasn’t included the ability to return back to the fixed camera setting that made the original release so darn atmospheric. However, if you want to hark back to the old days, you can always change the music and sound effects for menus and the like, which we’ve got a handy guide on how to do here.

That’s pretty much all you need to know regarding whether or not there’s a fixed camera setting in Resident Evil 2. For more tips, tricks, and guides to help you on your adventure through Raccoon City Police Department and what lies beyond, be sure to check out our Resident Evil 2 guide wiki.

Question: Is there a fixed camera setting in Resident Evil 2?

Answer: Unfortunately, there’s no fixed camera setting option in the remake. As part of the remake, Capcom has put the camera in a third-person perspective, following your character around and giving you freedom to look about your environments at your own leisure.

Plague Tale Innocence: Is There a Difficulty Trophy/Achievement? Answered
Red Dead Redemption 2: When It Takes Place, What Year It’s Set In
Star Wars Battlefront 2: How to Change to Third Person Camera View