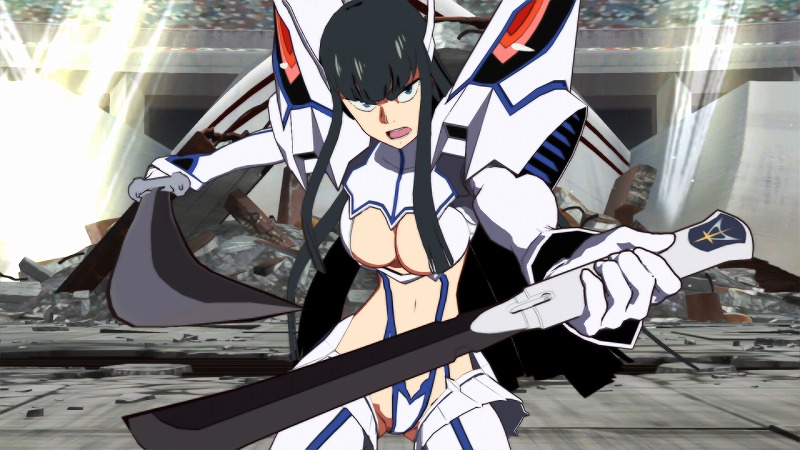 First of all, we learn of a new costume for Satsuki Kiryuin that will be available in the game, and it’s the rather imposing “Junketsu Shinzui” or “Purity Essence” that appears in the anime.

The second new detail is the reveal of two sub-sub characters. We learn that both Satsuki Kiryuin and the anime’s protagonist Ryuko Matoi are going to have alternate character versions in the game.

As you can see in the screenshots, those are dual-wielding versions using respectively a katana and wakizashi combo and two scissor blades.

Looks like the developers at Aplus are really doing their best to provide the fans with the ultimate Kill la Kill gaming experience.

If you want to see more of Kill la Kill the Game: IF, you can also enjoy another more extensive batch of screenshots, some recent gameplay, and an older video.

Mobile Suit Gundam Extreme VS. Maxiboost ON for PS4 Gets First Screenshots and Key Artwork
By Giuseppe NelvaJanuary 21, 2020

Amazon and Target Are Having a Buy 2, Get 1 Free Sale Right Now on Select Titles
By Greysun MoralesJanuary 21, 2020

Catch a Glimpse of Hell in Neverwinter: Infernal Descent’s Launch Trailer
By Alex GibsonJanuary 21, 2020
To Top