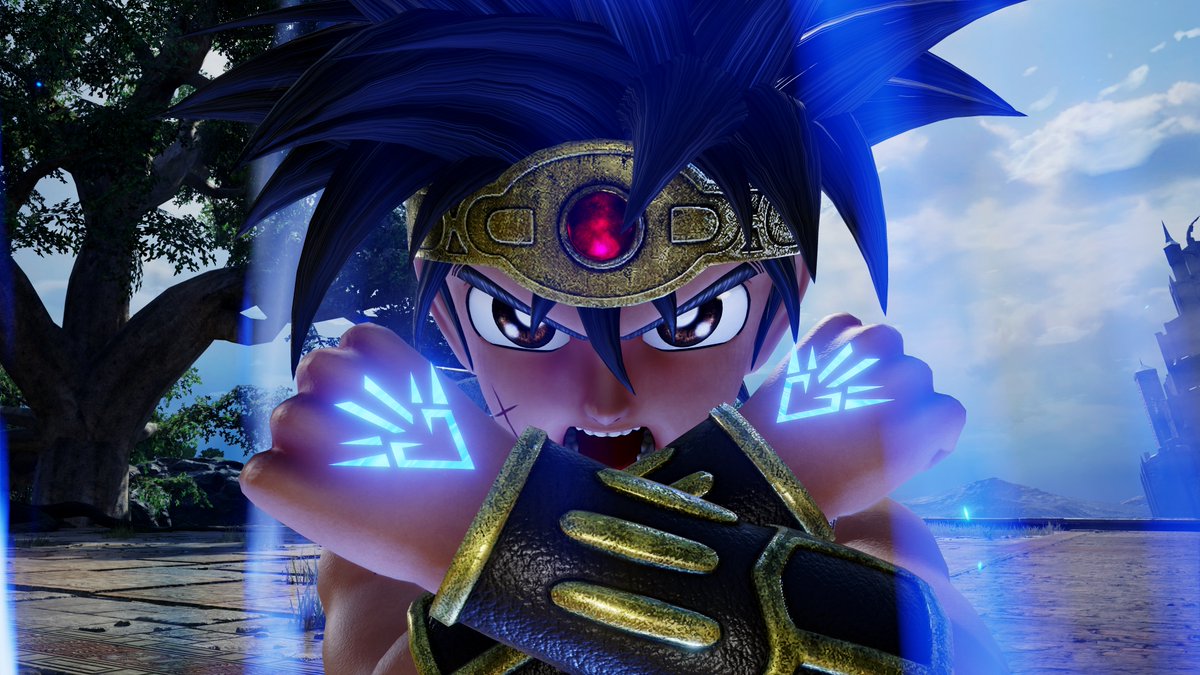 Jump Force is less than a month away, but Bandai Namco has a few more surprises for the game. They just shared a few new screenshots for the latest fighter, Dai, from Dragon Quest: The Adventure of Dai on Twitter. His announcement follows a slew of Naruto characters, including Boruto, Kaguya, Gaara, and Kakashi, who will all be joining as playable characters.

Dai was one of the two characters who were part of a Jump Force ad that was posted on some of Bandai Namco’s official social media platforms. The advertisement has since then been deleted, but fans were able to make out Dai along with Jotaro Kujo from Jojo’s Bizzare Adventure.

Similarly, Bandai Namco has just dropped a new Jump Force story trailer at this year’s Taipei Games Show. The short clip starts off with a cataclysmic bang as villains are tearing up the city. The trailer gives a brief overview of the Venoms growing in number, and how the heroes must band together and put a stop to the rising threat.

Other characters include Goku from Dragon Ball, Deku from My Hero Academia, Boa Hancock from One Piece, Asta from Black Clover, and Yusuke from Yu Yu Hakusho. Light and Ryuk from Death Note are also confirmed to be in Jump Force, although not as playable characters.

Jump Force is slated to launch on Feb. 15 for the PC, PS4, and Xbox One. Check out the new story trailer below to learn more: