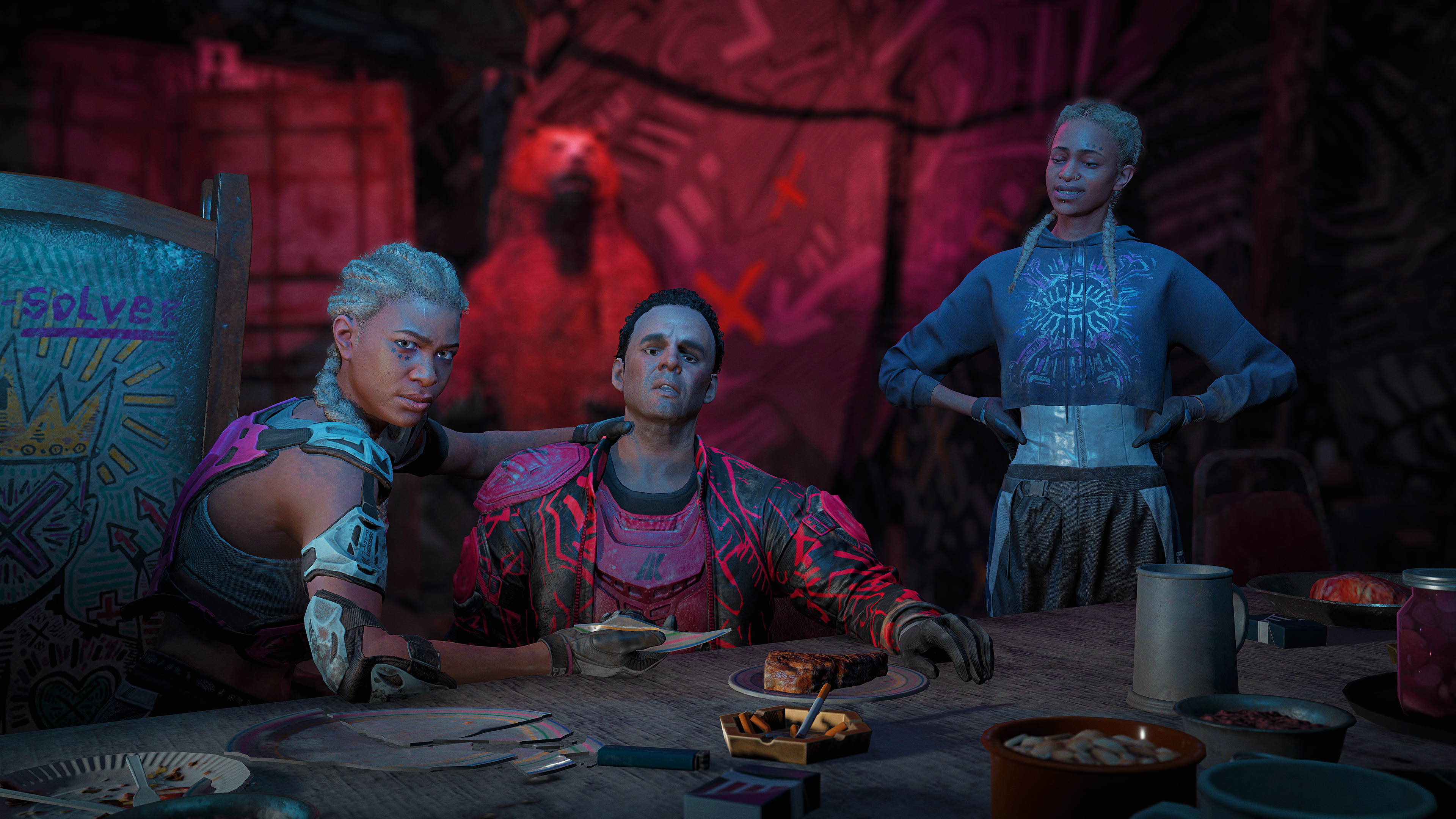 Ubisoft has just released a story trailer for Far Cry New Dawn that sets the stage for the new game’s location and characters. The trailer is full of details about the world of New Dawn and even includes one of the main characters from Far Cry 5. Be warned that the trailer contains spoilers for Far Cry 5.

The trailer begins with people emerging from a fallout shelter years after the end of the last game when nuclear bombs destroyed America.

This is followed by an off-screen voice describing a time of peace when people began to rebuild life in Hope County, as a small group is seen gathered around a fire admiring the Northern Lights.

Quickly though, New Dawn’s antagonists the Highway Men and their leaders the Twins arrive to attack the peaceful group. Desperate, the survivors of the attack state that they need to ask for help from a nearby group, New Eden.

Viewers then see that not only has New Eden survived the end of the last game but their leader Joseph Seed, the Father, is also alive. Following this, the trailer seems to present the Father as a slightly less villainous character when compared to the previous game.

Seed can be heard stating his shock that the people of Hope County would seek his help after what he has done to them. He even notes that they must be “truly terrified” of the Highway Men if they are willing to trust him.

The trailer then ends with an action-packed montage of this newly formed group fighting against the Highway Men.

New Dawn’s story trailer is available below. If you want to learn more about the next Far Cry title, you can read our recent hands-on preview. Be sure to also check out our coverage on the real reason Far Cry New Dawn costs $40 and why the game will not have a season pass.

Far Cry New Dawn will be released on Feb. 15 for PC, PS4 and Xbox One.