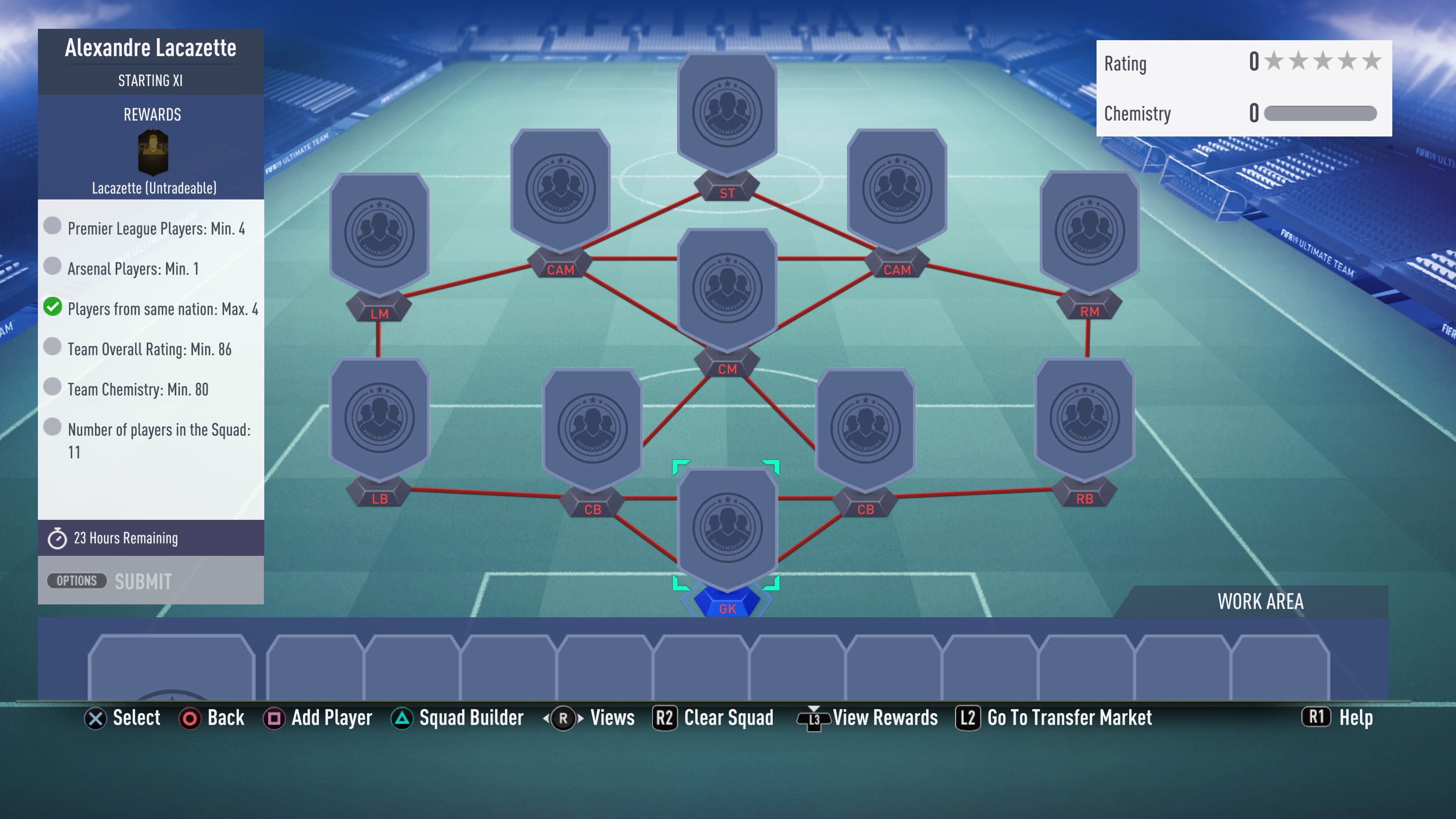 How to Complete Alexandre Lacazette FUTmas SBC in FIFA 19

FUTmas has finally arrived in FIFA 19 and the sixth set of player SBCs have been released. The stand out is Alexandre Lacazette of Arsenal, who’s already had an in-form this year. Here’s everything you need to know about how to complete the Alexandre Lacazette FUTmas SBC so that you can add him to your Ultimate Team.

If you head to the Squad Building Challenges tile on the FIFA 19 single-player screen, you’ll see Alexandre Lacazette’s item on the Live section of SBCs. Click on his icon and you’ll be able to start putting it together.

This is one of the best cards of FUTmas so far, and that’s not just because Lacazette plays for Arsenal. He already has an 86 rated in-form available, but it costs more than 200k coins. This SBC will cost somewhere around the 150k coins mark, so is good value.

The best thing to do here is build one half of the squad as a Premier League team, and the other half as a Serie A or Bundesliga squad. The likes of Mesut Ozil or Sokratis will be useful here because you need an Arsenal player, then filling out four of the positions with players like Nemanja Matic will be great.

Then, you can use the likes of Bonucci, Benatia, and other Serie A players in Defence to boost the rating without using more expensive players. With an 80 chemistry requirement, you can opt for players away from the Premier League without much of a worry.

That’s everything you need to know about how to complete the Alexandre Lacazette FUTmas SBC so that you can add them to your Ultimate Team. For more tips and tricks on the game, be sure to check out our FIFA 19 wiki guide.

Question: How do you complete the Alexandre Lacazette FUTmas Squad Building Challenge?

Answer: You need to head to the SBC section of FIFA Ultimate Team and complete the squad, using four Premier League players and one Arsenal player.