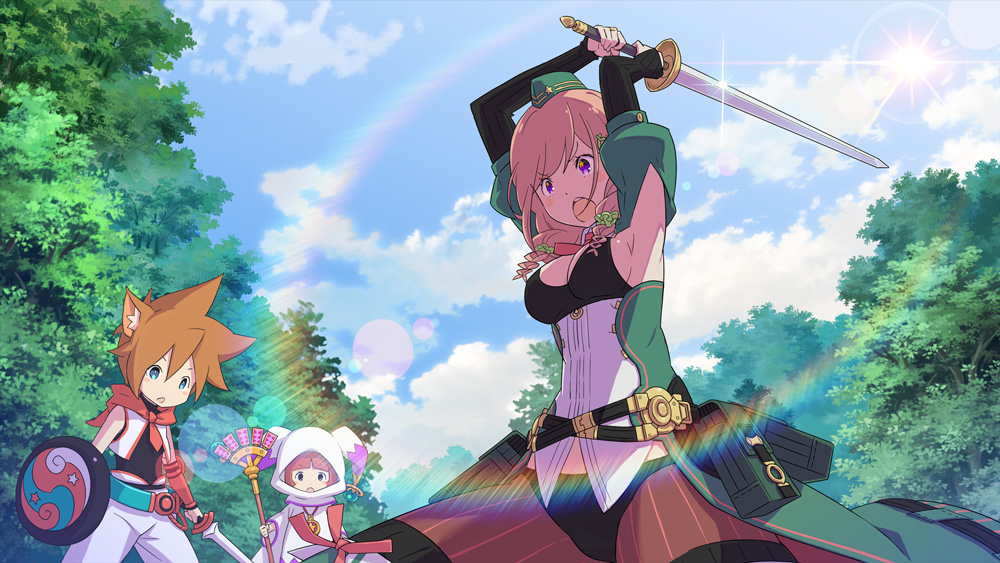 Enter Alfie, a girl with a straightforward and gentle personality that changes into a strict drill sergeant when she trains her Star Children. Alfie herself is a Star Child summoned about thirty years ago, and she became a maiden through a special plan. For some reason, her powers have been sealed and a special condition is required to unlock them.

We also get to see the Love Ceremony through which the Star Children are summoned, and the ability to let them “stand on their own” and act independently by performing specific jobs to become stronger.

If you’re unfamiliar with the title, it’s a PS4 remake of Conception: Ore no Kodomo o Undekure!, which was launched in 2012 for PSP. While the original game was never released in the west, its 2013 sequel Conception II: Children of the Seven Stars did come to North America and Europe.

You can check out the screenshots below (keep in mind that one may be considered borderline unsafe for work). If you want to see more, you can also enjoy the latest trailer and a recent gallery of screenshots also showing a comparison with the PSP version.

Conception Plus releases on Jan. 31, 2019 in Japan. At the moment, we haven’t heard any information about a possible western release, so we’ll have to wait and see if Spike Chunsoft decides to bring it over. They’ve done a good job with localizations recently, so there is hope.