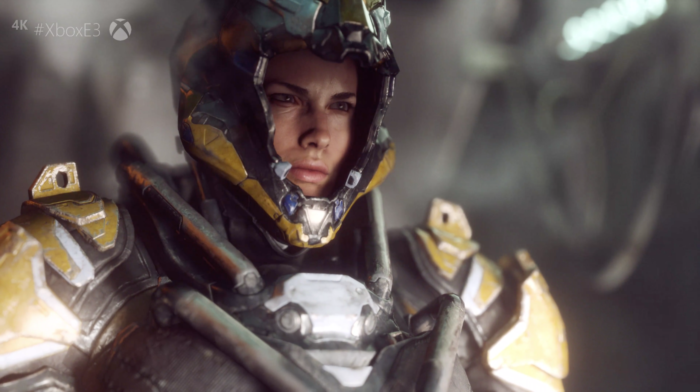 Today we heard that a new trailer for BioWare’s upcoming online action-RPG Anthem is coming soon, and more precisely at Geoff Keighley’s The Game Awards.

While we don’t know what the trailer will be all about, we do know that it’ll be hired during the popular award show, which will be hosted in Los Angeles on December 6th at 5:30 PM Pacific Time.

The tease also included a little video featuring some of Anthem’s beautiful mecha design and animation.

If you’re unfamiliar with Anthem, it’s BioWare’s latest labor of love, placing players in the power armored boot of a freelancer setting own to explore an unforgiving and hostile planet.

If you want to learn more about Anthem, you can read more on how Javelins (the powered armor mentioned above) will be unlocked, and take a look at an interesting trailer focused on storytelling.

The game will release on Feb. 22, 2019 for PS4, Xbox One, and PC. It’ll certainly be interesting if it’ll manage to mark BioWare’s renaissance after the less than stellar performance with Mass Effect: Andromeda.