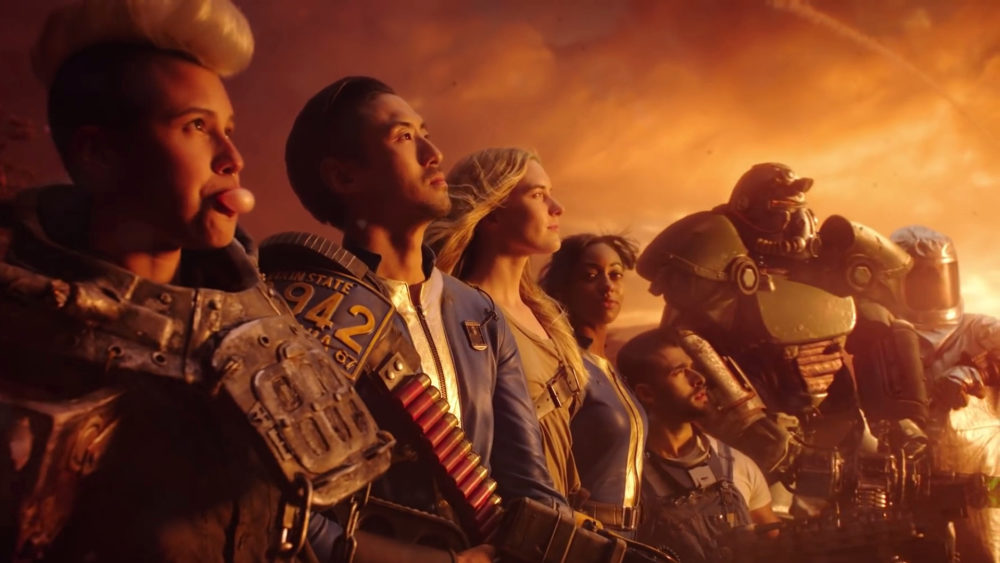 Bethesda has released an over-the-top new live-action trailer for the upcoming Fallout 76, releasing for PS4, Xbox One and PC on Nov. 14.

The minute-long trailer, set to the happy tune of “Wouldn’t It Be Nice” by The Beach Boys, features multiple actors in vault suits and Brotherhood of Steel armor gleefully murdering mutant monsters together. It’s clear that Bethesda is driving home the multiplayer style of Fallout 76 with laughing friends, a final group-up and even a sign that reads, “Friends Welcome.”

The trailer also features a number of familiar faces such as a deathclaw, a Mr. Handy and a Protectron, alongside new additions such as the Mega Sloth. While we might not have gotten much in the way of new details from this trailer, it shows off some realistic versions of iconic Fallout creatures and drives home the collaborative nature of the game.

This isn’t the first time Bethesda has made a detailed live-action trailer for one of their games. In 2015, they made a trailer for Fallout 4, in 2011 they made one for Skyrim and even last year they made some bizarre videos for Wolfenstein II.

Fallout 76 is the first entry in the series since Fallout 4 and, while it can be played alone, it is built to be played with friends. As the first game in the series to feature multiplayer, Fallout 76 has built a higher degree of skepticism than previous Fallout games. However, Bethesda has detailed ways in which Fallout 76 will break away from some of the more controversial parts of ongoing multiplayer titles by only having cosmetic microtransactions and free post-launch content.

For more on Fallout 76, check out our articles on why there won’t be a Switch port, why the game will be divisive and how the beta is changing our minds on the game.