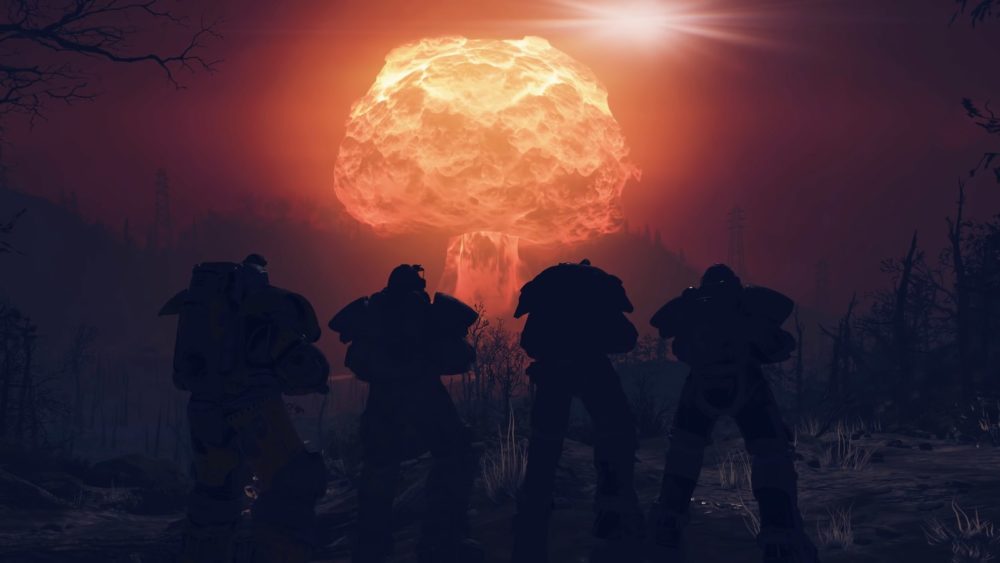 A preview embargo of Fallout 76 has recently lifted, and members of the Fallout 76 community were able to get an up to date, in-depth look at the upcoming multiplayer Fallout game.

Specifically, we got a much closer look both the “story” that is in the game, and its gameplay, including the very different VATS mode.

What seems to be brewing here is another Elder Scrolls Online situation. Not necessarily in the sense that it’s going to be really rough at launch and take years to get to a point where it’s more accepted by the greater Elder Scrolls community (although it could start that way).

Rather, that it’s very clearly going to be a huge deviation from the mainline games that are so beloved, and receive critical acclaim on the strength of certain elements that are not going to be present (at least not exactly 1:1) in Fallout 76.

Even before Bethesda took over, Fallout games had been known for being having a dramatic post-apocalyptic storyline broken up with comical and memorable NPCs that your character would meet along the way.

These characters would sometimes join you, or involve you side quests that would sometimes rival the main storyline even in terms of writing. This is par for the course for both Fallout and Elder Scrolls.

However, it’s clear that Fallout 76 is meant to be player driven. From what we can gather from the previews, the light story that is present appears to be teased out through holotapes and terminals, but the main story is about you. It’s about your adventure and your interactions with other players.

You’re going to inevitably form groups, build up a society, and run into conflict with other clans that have competing interests or views. It’s just like any other Fallout storyline, except again, you have to come up with your own tale that stars literally you.

There’s nothing inherently wrong with this approach. It’s just very different. It’s a huge deviation from the single-player games where you just focused on the exploration and Bethesda would deliver you an epic story that you could complete at whatever pace you wanted.

It’s likely that, to truly appreciate Fallout 76’s strengths and this new storytelling strategy, you’re going to need to interact with other people. Once again, multiplayer games aren’t radical obviously, but in Fallout, it is.

Just like with Elder Scrolls Online, there will of course be plenty of crossover, and I imagine that a good chunk of that base decided to try it mostly because it was part of a franchise that they loved, but it seems to be inevitable that there’s going to be a huge chunk of players that are going to draw a line in the sand, and sit Fallout 76 out.

This sentiment is already starting to percolate. Today, there is a lot of negative reaction to the news that the Brotherhood of Steel would somehow have a presence in Fallout 76. This would be extremely unlikely, or just straight up impossible according to the lore that was established in Fallout 1.

For a game that’s already on thin-ice for deviating too far from the single-player games, the notion (fair or not) that Fallout 76 is just throwing everything out, even the lore, is going to spread, and be too much for some people. There’s also other smaller things like the real-time VATS mode, which is basically an oxymoron if you’re familiar with the series.

Fallout 76 might end up being an amazing game. And even if hardcore single-player fans don’t like it, there might be a whole new generation of Fallout fans that start here with 76 that are attracted to the differences.

We have not yet got our hands on it, so the jury is still out here at Twinfinite. It just might not resemble the mainline series enough to please large segments of fans, and if that ends up being the case, it will cement its legacy as being controversial and divisive.