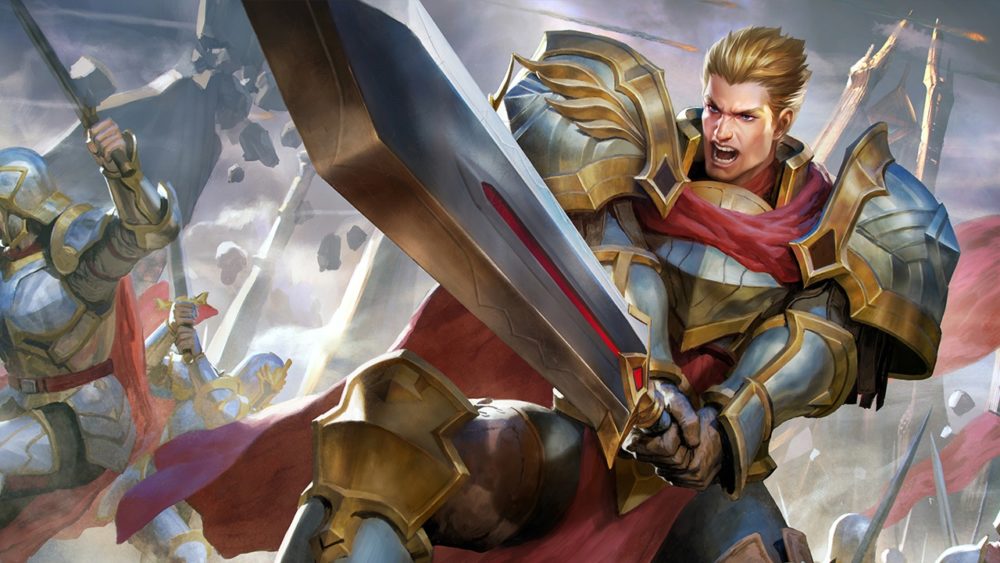 Arena of Valor on Nintendo Switch

In just a little over a year, the Nintendo Switch has managed to expand its gaming library with a heap of different titles. From fighting to role-playing, Nintendo’s hooked in plenty of different games as a means of widening their gaming pool. Just recently, the Switch has finally gotten its hands on its very first multiplayer online battle arena (MOBA), Arena of Valor. Although it’s fairly new in the MOBA scene, Arena of Valor offers a great stepping stone for those who have always wanted to try the genre.

Like with most MOBAs, Arena of Valor doesn’t beat around the bush with a story mode. Instead, you’re put right into battle, choosing from over 39 heroes to play as. All of these characters each have their own specific skills and traits to choose from and fall into one of six different classes: Tank, Warrior, Assassin, Mage, Marksman, and Support. There’s something in there for everyone, and none of these classes are locked and strictly defined by their certain roles.

It’s important to note that not all of these characters are free, and you’ll have to spend in-game currency to buy them in Arena of Valor. These can easily be earned by playing the game or buying them as microtransactions, although you really won’t have too much trouble buying everyone so long as you keep playing. Moreover, Arena of Valor rewards active players with different chests and currency, which is a great incentive to play a few rounds every day. There are different rewards for playing certain modes and even just logging in.

If you’re coming from the mobile version of Arena of Valor, it’s worth noting that the Switch edition lacks many of the different costumes for the characters. Moreover, heroes such as Batman and Wonder Woman aren’t available in this version as well. It’s unclear whether the developers plan to add these heroes at a later date, but it’s probably safe to say that we’ll see the costumes later on.

That being said, Arena of Valor has a handful of different modes you can play, with Ranked Matches, Standard Matches, Custom Matches, and Arcades. In order to play ranked, you’ll need to unlock a certain amount of heroes first. As for Standard Matches, you have your 5v5s, 3v3s, and even 1v1s to choose from. Most people seem to drift towards 5v5s, considering my longer wait times for the other matches. Playing on the Nintendo Switch was seamless, and I never had any problems using the Joy-Cons to control my heroes. While this version doesn’t support touchscreen controls, I never had any issues relying on my controller.

During a match, you have your three-field lanes for 5v5s, while the latter team comps lean towards the single lane area. As with most MOBAs, your main objective is to destroy the enemy’s core located at the far end of the map. It won’t be easy getting there with the enemies marching in and enemy towers blocking your path. Teamwork and cooperation play a crucial part during matches, although you’re fairly limited to pre-written messages and pings for communication. Things can get especially frustrating when you and your team can’t get your ideas across, although these messages are usually straightforward and easy to understand most of the time.

In battle, your character has three active abilities they can use. Each time you level up, you can enhance each skill up to a certain point in Arena of Valor. Similarly, there are also equipment and items you can buy mid-combat, as you’ll collect gold when you kill your enemies. This whole system can feel a bit overwhelming for those new to MOBAs, but luckily the game does have an automatic purchase system that buys the item for you. That way, you can focus on the fighting without having to constantly open menus and ponder about which item to buy or skill to upgrade. This system is one reason why Arena of Valor is a great MOBA for beginners as to not overwhelm them with different mechanics all at once.

Your characters also grow stronger with special abilities called Talents, which are basically general skills that all heroes can use in Arena of Valor. These abilities range from a slight speed boost or a debuff that stuns and slows your enemy. The more you increase your player level, the more skills you unlock in Arena of Valor. Each hero can only equip one Talent, but you’re free to change it any time at the menu.

Apart from the active Talent skills in Arena of Valor, you can also build and change your hero’s passive abilities with the Arcana Pool. As you play, you’ll unlock tokens called Arcana with different effects, which you can then assign on the Arcana Pool. With so many tokens to choose from, you have the option to build upon your character’s strengths to pretty much make them your own, depending on your play style.

While there are plenty of mechanics you can use to build your character, Arena of Valor doesn’t explain everything at face value. There were plenty of times when I felt like I was grasping at straws, trying to make out what the Arcana system did and what each mode was about. While combat was explained fairly well, I never really got into customizing my main hero and looking into the equipment until after several matches in.

As Arena of Valor is a multiplayer game, it’s best to play it with friends. You have the option of inviting any of your Switch friends before queuing, which is great if you wanted to form a party beforehand. Otherwise, you can always join an in-game guild to meet some new players and make friends along the way. However, one lingering fear some players still face in many multiplayer games is toxicity.

There’s honestly nothing worse than someone who stays AFK or leaves during mid-match, leading to an unfair loss. Luckily, Arena of Valor has implemented a system called a Credibility Score that lowers whenever you commit a penalty. These fouls can range from leaving games to another playing reporting you. If you Credibility Score lowers, you’ll lose access to special rewards and even the option to queue for ranked and standard matches. If your score does drop, you can always raise it again by completing matches, regardless if you win or lose.

Despite my initial confusion, Arena of Valor is probably one of the best MOBAs to get into if you’re new to the series. With its beginner-friendly features and plenty of heroes to choose from, it’s fairly easy to learn your way around and start competing against other players. On the other hand, Arena of Valor offers just enough depth and a spice of variety to entice MOBA veterans to pick up the game on the Nintendo Switch.