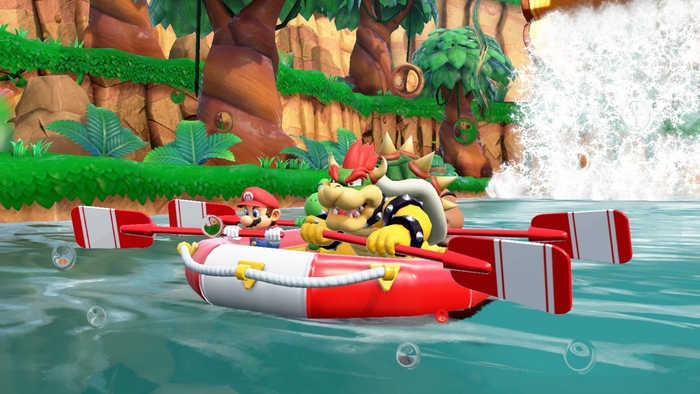 The Mario Party series has always offered tons of different gameplay modes for players to check out when you get a little bit bored of the typical board game maps or if you’re just looking for something a little bit more offbeat. This is where the cooperative and competitive modes come in, like the new River Survival Mode that Nintendo has decided to show off for the upcoming Super Mario Party on Switch.

The cooperative-focused minigame mode has you and three other players paddling a raft through a river attempting to get to the end of the path as fast as possible. Running into red balloons will start a random minigame that has all four players working in tandem to get a high score – time will be added to your clock if you succeed in the minigame. You can check out the new gameplay video from Nintendo right here:

Super Mario Party seems to go back to its roots unlike the past few titles in the series that tried to change up the formula a little bit. The latest Mario Party title, The Top 100, released on the 3DS last year and while it featured some of the best minigames that the series has to offer, we didn’t love it.

Super Mario Party is due for release on Oct 5 for the Nintendo Switch.