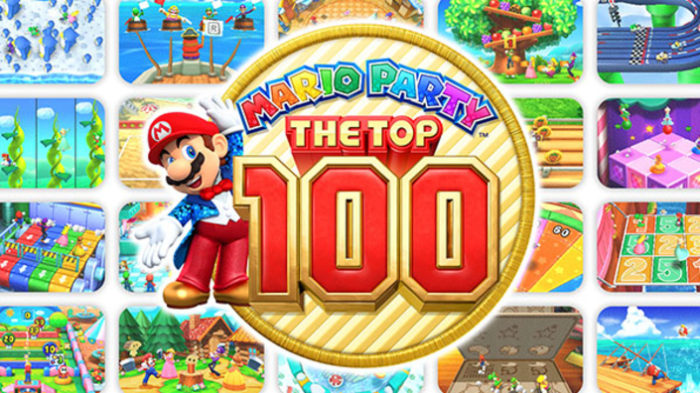 The Mario Party series has been around for almost 20 years and the collection of minigames that the franchise has seen is far too many to count. The Top 100 manages to put together the best minigames that have graced the N64, GameCube, Wii, and the Wii U versions of Mario Party, but unfortunately the 3DS title falls short when it comes to actual content. It’s like Nintendo had this great idea to get an excellent minigame collection together on the 3DS, but forgot to incorporate what actually makes Mario Party fun, which are multiple game boards that are full of variety and zany events, which is absent from The Top 100.

Right from the start, you can immediately jump into free-play mode, which lets you play whichever minigame that you want to play. There are even options to sort through the 100 minigames by battle type, games in the series and by genre, which makes it easier to find your favorite. The collection that Nintendo has put together is not the best that it could have been, but most of the choices are fantastic, and definitely show off what made Mario Party so much fun to begin with. Now, all 100 minigames aren’t all available to play from the get-go, some are locked behind a game mode called Minigame Island, which serves no purpose aside from being a wall to unlocking those 40 or so minigames.

Minigame Island is essentially the single-player campaign of Mario Party: The Top 100 and has you going across four very linear paths, completing minigames, and earning stars depending on your ranking. That’s pretty much all it has to offer. You follow a path, play some minigames to unlock more minigames, and eventually see the end-credits after playing for two hours or so. Sure, the minigames that you’re playing are really fun and all, but there’s absolutely no other reason to play this once you unlock all of the 100 minigames that the game has to offer. There is a hard mode to try out after you complete it once, but it’s essentially the same as playing free-play mode and setting the computer players to hard. Minigame Island could’ve been something truly fun to go back to, but it ultimately fails as a single-player mode.

Now, Mario Party is of course known for having pleasurable maps that are engrosssing and full of laughs for you and your friends to play through. Mario Party: The Top 100 does have a mode where you play on a board – it’s called Minigame Match, and it lets you play your favorite minigames on one small, single, boring, and uninspired board. Of course, playing with friends is probably the only way to have any kind of fun in this mode. Sure, there are no other boards to choose from, and this one that the game has to offer is quite small, but you will still find the tools that the later Mario Party games have, like items to mess with your opponents, and random events. These staples of the Mario Party series are the only thing that gives Minigame Match a leg-up over Minigame Island. If you can manage to find three other friends that are willing to play with you for a few matches, go knock yourself out. It capable of providing at least a sliver of fun for you and your friends. The collection of minigames is so strong, that it’ll be hard to not have at least one chuckle, even when playing the annoying minigames that make you move your 3DS around or blow into your microphone like an idiot.

Mario Party: The Top 100 was such a strong idea, but it unfortunately falls flat as an actual full-priced Mario Party title. I still don’t know why this wasn’t developed for the Switch instead of the 3DS. With some decent game boards, and a few more minigames, The Top 100 could have been a great party game for the Switch. So despite some short-lived fun moments, this is not a party to go to unless you have some friends along in tow.