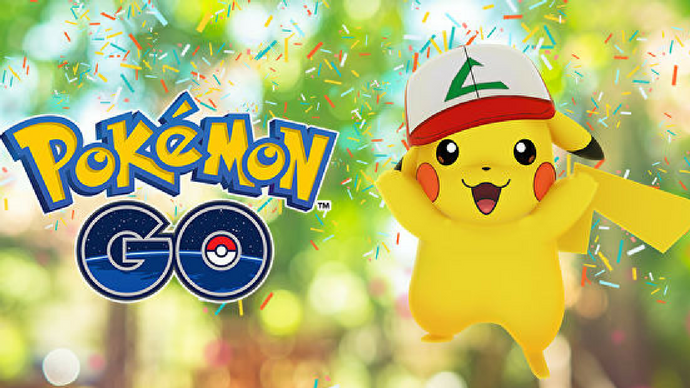 In an interview with The Guardian, John Hank, the creator and founder of Pokmon GO’s developer Niantic, spoke about his thoughts on the game’s past two years including the first failed Pokemon GO Fest and the game’s steadily increasing and dedicated fanbase.

Initially taking off to incredible success, Pokemon GO became the number-one app in the world for days in the iOS app store. Though it may seem that players have been slowly falling off, Hanke said that he was actually very confident in the game’s community. Following this, Hanke said:

“I guess what’s most satisfying two years in, is seeing this thriving, strong user base of people that are not here for the fad, but because they love the core values of the game.”

Hanke also spoke on the company’s visions for the game and its various updates they’d love to add once the time was right. Rather than being a game subject to change at the fanbase’s will, Hanke said the company has other goals in mind with its unique style of gameplay.

“It’s important that you have a vision of where you want to go. You can’t just be subject to the whims of what the public expresses. We’ve always tried to break new ground: things like trading and player v player combat, which is still not in the game but is something we think belongs in it…Our guidelines are that people should be encouraged to get out and explore their community, get exercise and interact with other people in the real world. Those are what we think distinguishes our games from others.”

Niantic’s CEO even had a more positive outlook on the otherwise bleak outcome of the infamous Pokemon GO Fest Chicago in 2017. Rather than seeing the event as a disaster, he listened to first-hand accounts of trainers and helped his team to build a better event for 2018, which is evident in this year’s massive success of various events across the globe.

“That would have to be the worst and best moment of Pokémon Go for me. The first six hours of it were among the most challenging of my professional life…Events are our chance to meet players face to face. At that point, they are not numbers or emails, or Reddit threads. [They are] actual, real human beings. I spent the afternoon facing the music. I just went out and sat with the players, and some were venting their unhappiness, but the vast majority of the people I spoke to that afternoon were expressing their appreciation for the game for a variety of reasons.”

Players can continue to enjoy the various updates and events in Pokemon GO today as its available for both iOS and Android.