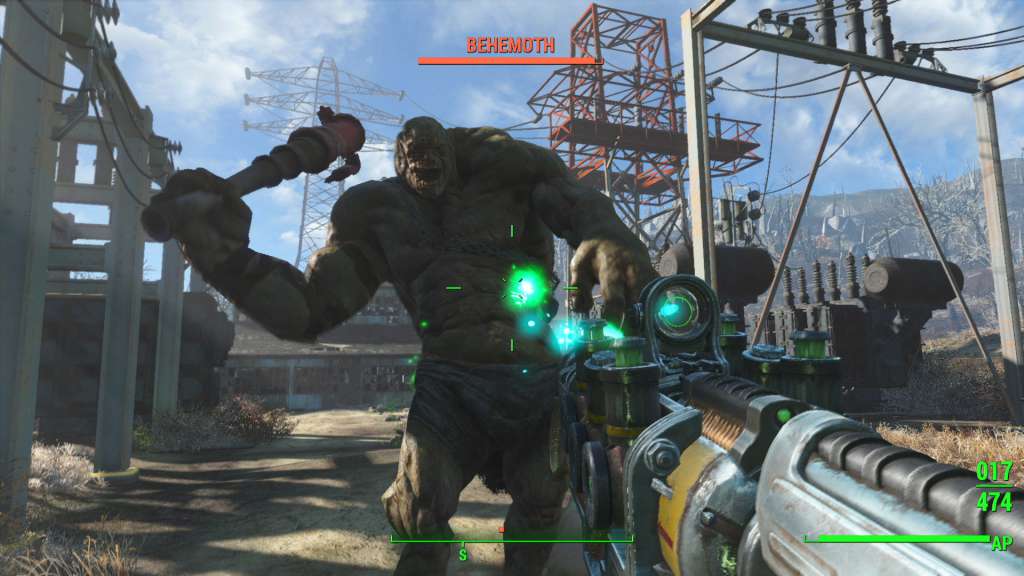 That being said, if you’re looking for something more general, we’ve got best Fallout 4 mods posts for all platforms every month, such as June, July, August 2018.

Well, it finally happened. The hipsters have somehow managed to even gentrify the apocalypse itself.

We had a nice little community once – it was a little rough around the edges, but you just kept your wits about you, always looked both ways before crossing the street, and only talked to certain trees.

But now Sanctuary Estates has popped up, and survivalists can live in the lap of luxury, complete with your choice of mood lighting. Still no place to get good Seitan, but give it enough time, they’ll make it happen.

If Tony Stark has taught us anything, it’s that the best armor is the kind that can talk to you. He also taught us that being incredibly rich is awesome, and people will like you even if you kind of happen to be a tool.

With this mod, you can become your own version of Iron Man (just a less awesome, poverty-stricken one with massive college debt) and command suits of power armor with alluring vocals.

Ah, for the days when music was pure melodic brilliance. Sure, we also wouldn’t mind the days when nuclear war hadn’t completely annihilated humanity, but we’ll take what we can get.

One of the best Fallout 4 Xbox One mods, this will treat your ears to some of the finest Beatles tracks you could hope for, often giving a hilariously offbeat juxtaposition between the peaceful music and on-screen horrors.

Now if only we could have a mod where Ringo Starr narrated the entire game.

Nothing says rugged survivalist like crates and crates of heavy artillery. Military clutter is one of the best Fallout 4 Xbox One mods as it adds all kinds of stockpiled goodies in-game, including weapon racks, ammo shelves and all other kinds of things that go boom.

The best advice we can give is not to explore the contents with an open flame to light the way. No need to qualify for the Darwin awards.

Something a little different from all of the outfit-related mods available is certainly a welcome change of pace, but nonetheless certainly one the best Fallout 4 Xbox One mods.

A meticulously crafted selection of vehicles for your edification, including reconstructions of historical airships. With such an exquisite selection of dirigibles available, you’ll feel like you’re on cloud nine!

The current version of the game is having some compatibility issues, so there is, unfortunately, a chance that using this mod at the moment will cause your game to crash. Oh, the humanity!

Eh, what’s this? A wardrobe mod that dresses characters sensibly? Must be some kind of glitch, we can probably expect a g-string to be patched in soon.

In all seriousness, the IEX suit is one of the best Fallout 4 Xbox One mods. It is incredibly detailed, wonderfully designed and just generally badass to romp around in.

There are a few different colors and variations at your disposal, too, should you want your hazard suit to match your mood on any given day.

One of the finest pistols you can acquire is now faithfully recreated in Fallout 4. This mod adds the Ruger Mk V in a few different variations, and even has neat little additional touches, like being able to change the holo sight into different shapes.

There’s a certain poetic justice to taking things out while targeting with a lucky clover.

If you’re something of a gun enthusiast, it’s worth looking through the developer notes for this particular mod, as it shows exactly the amount of effort that has gone into making this weapon as true to life as possible.

If you don’t know anything about guns, it still sounds impressive, at least.

Yes, the clean green aesthetic of the Minutemen, a visually appealing uniform that your character will be oh so snuggly in.

This mod gives you over a dozen modular military-themed clothing items based on the various factions you see in-game, allowing you to feel super sergeanty and other such shoehorned examples of alliteration.

One user did report a glitch where using this mod caused all of the Minutemen in game to spawn naked, and if the laws of alchemy are to be believed, that’s fair enough.

Those clothes had to come from somewhere, you know?

Backpacks of the Commonwealth

Backpacks of the Commonwealth sure is a catchy name for a mod. It also sounds like it could be the title of a W.E.B. Griffin novel or an obscure B-track from one of Queen’s later albums.

As you may expect, in the actual context, it adds a variety of backpacks to your game, each with their own individual stats.

The most obvious benefit for these is that you will be able to carry your things in there, but beyond that, they happen to look very nice, too. It may chafe a little if you try to lug them around while dressed in one of the skimpy outfit mods on offer, but such is the price of vanity.

They’re crucial for strengthening your buildings, weighing down electrical equipment in a pinch, and they’re also nice for cuddling and telling all of your secrets to.

Always eager to impress, this gives you non-sandbag related defenses, like watchtowers and barbed wire barricades.

All of these are excellent for hunkering down and setting up shop, but not so good for cuddling, nor telling your secrets to (watchtowers are notorious gossips).

Next, to other open world games such as The Witcher 3, Fallout 4 can look pretty drab. It’s supposed to, of course, being a post-apocalyptic wasteland and all, but that doesn’t mean you’re any less likely to get sick of the same dreary color palette after 100 hours of gameplay.

There are four options to install, though you can choose to add however man you want according to what mode you’re in: Spring, Summer, Autumn, Winter.

A handy mod for those enamored with Fallout 4’s building system.

Build Anything in Interiors does exactly what it says on the tin: you can now place any exterior building part within an interior of a building. Download here.

Some of the Synths from the Fallout series have always given us a bit of a Terminator vibe, but this mod actually adds Arnie-looking “Gen 5” Synths to the game.

The Terminators arrive when you reach level 10, and they’ll hunt you down across the Commonwealth. Don’t try and take it on, since they’re extremely tough and virtually indestructible.

The idea is to add a bit of tension. It’s a game of cat and mouse.

The Terminator only traverses the map at walking speed unless you aggro him, so it’s pretty easy to outmaneuver. Still, it has a habit of turning up at the most inopportune moments.

Weapon mods are a dime a dozen but modder DoUevenCHIMbro has an entire arsenal of weapon skins that he/she has created for the game, and they’re all excellent.

The one we’ve pictured above is a G36, but there’s everything from Steyr Augs to M1 Garands on his mod page.

If you’re after the best Fallout 4 Xbox One mods for weapons, this is your man.

If there’s one thing that spoils the look of your nice tidy settlement, it’s a stack of dead bodies laying on the floor after you’ve been attacked.

Well, now you don’t have to worry, because the Settlement Tidy Bot’s sole purpose is to float around tidying up those unsightly corpses. Magic! You can download it here.

An update to SpaceGoats’s “Craftable Components” mod, the overhaul to the Chemstation is now its own fully fledged mod.

It better organizes the sorting function of the Chemstation with new keywords, and there are also new drug recipes and batch creations for basic healing remedies such as Sim-packs, Radaway, Jets, and more.

The recipes for mines and frags are also changed to make them easier to craft, and they can be dismantled for components.

Certainly one of the best Fallout 4 Xbox One mods, this add a 1897 Winchester pump-action shotgun to Fallout 4, and it’s getting rave reviews.

Rather than sticking realism, the mod includes a silencer, bayonet, and 3 scope options.

There are four different ammo types, too. The gun is brought to life with custom animations, so it’s more than just a skin job.

Yes, not everybody hated Prometheus, and those that didn’t will surely appreciate this.

The Prometheus mod adds the weapons and outfits from the movie to the game. Specifically:

“To be found next to the Vault 111 entrance. There are some blue containers to the right of the entrance. You can find the Prometheus weapons and armors in between.”

Adds a massive 16 story building called the Warwick Distribution Centre to the Commonwealth.

The building is fully powered, so you can gut it out, clean it up, and turn it into a massive settlement.

It makes for a good location to install Institute furnishings.

All of them have new custom textures and will add perks.

Sadly, there aren’t any hints available on where exactly they’re actually located, but that’s half the fun, right?

That does it for our list of the best Fallout 4 Xbox One Mods of 2018 so far! Have you been enjoying any that we’ve missed? Let us know down below.

Animal Crossing New Horizons: How to Get Sea Butterfly
Borderlands 3 Guns, Love & Tentacles: How to Get Stauros’ Burn Legendary Assault Rifle
One Piece Pirate Warriors 4: How to Damage Logia-Type Enemies

Quantum Error for PS5 & PS4 Gets WIP Footage; 99.9% of Objects Will Be Physically Simulated