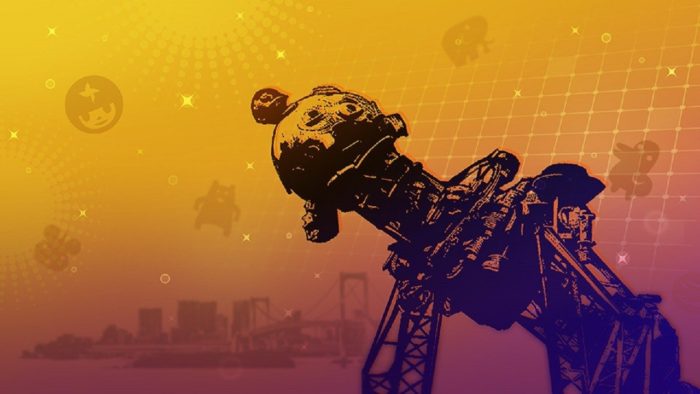 Very few puzzle games fit the cliche “easy to learn, hard to master” quite like Lumines Remastered. When the original game first released on PSP in North America more than 13 years ago, it was a deceptively deep puzzler, and the remaster is mostly the same experience, polished and refined for modern systems.

While it may look like Tetris turned on its side at first glance, it’s much more than that, and you might find it tough to get your head around for a while if you never played the original. If you haven’t played before, blocks of four colored squares come onto the screen one by one and your aim is to match four or more of the same color in the game area. Blocks slide apart if they’re blocked, allowing you to move them into position to match with previously placed blocks. Once your stack of blocks reaches the top of the screen you lose, a la Tetris, and you need to start all over again.

However, it’s not simply a case of biding your time, slowly placing the blocks in the perfect position, especially not if you’re after a high score. Blocks aren’t wiped out the moment a match it created, instead they’re wiped away by a bar that crosses the screen every few seconds. Therefore, you need to time your placements to make the most of existing matches, because they stack. Adding two small cubes to a block of four creates a block of six, and so on, increasing your score multiplier. However, creating combinations of blocks needs to be done quickly, because once the bar passes, you won’t be able to connect anything.

It’s this mechanic that adds the tactical element to Lumines, making it stand out from the puzzle game crowd. Timing is vital to getting high scores. Dropping a block at the wrong time, just as the bar is about to pass, could waste the opportunity to create a chain. Therefore, both speed and consideration are viable tactics. Giving yourself just a second to place a block leaves the possibility for creating combos you might not have seen, and being quick nets you more score.

The concentration this requires – where you’re both moving blocks quickly into position, and calculating the effects to work out where to place the next one – puts you into a trance-like state while playing. The smooth electronic beats wash over you and lights flash along as you’re intensely focused on how and where the puzzle pieces are going to move. That also leads to Lumines being a game that’s very tough to put down. When you first start, Challenge Mode runs can last just a few minutes, but your first reaction once you lose is to jump in again to reach the next song or beat your high score. The way the themed levels, called Skins, are introduced means that there’s always the tease of something round the corner. Just a few more blocks and I’ll see something new, and it’s this, combined with the compelling gameplay, that keeps you coming back.

That being said, the way Lumines works could very well not connect with you, and the game does little to make the learning process easy. As someone who’s relatively new to the series, it took a while for the solutions and tactics to tick. For the first few hours, I couldn’t see how long chains were possible in the time between wipes, nor could I see how I’d make it past 10 percent of the Challenge Mode. Success requires seeing possible chain reactions, and that simply won’t connect with some people. There is a tutorial that’s optional and at the bottom of the Challenge Mode menu, but it’s limited to a few slides that outline the basic rules of the game. There’s no teaching process, your only option is to jump into one of the modes and see how you fare. However, after a while, things begin to click into place. Patterns become easier to see and chains become easier to create. It’s not a fast process, but for most, the eventual improvement is rewarding.

Lumines’ puzzling is complemented by its music and visuals, and the two areas have fared differently in the remaster. Firstly, the music is mostly excellent, adding the perfect electronic soundtrack to your intense puzzling. I often found myself unconsciously moving with the beat, both in-game and out, to the poppier songs, but more relaxed in the calmer levels. The early songs in the Challenge Mode begin to grate after a while, especially as you try to get to grips with the gameplay, but their quality means you’re always trying to reach the next new song.

The visual style isn’t such a stand out. If course, the remaster has made the original Lumines levels smoother and more vibrant, but the backgrounds aren’t particularly noticeable and the themes are a little dull at times. There’s some flair to the clearing of blocks, but the visuals don’t add to the experience like Thumper, the upcoming Tetris Effect, or other games that combine visuals and sound to make for a more sensory experience. With this being a remaster of a 14 year old handheld game, it’d be unfair to expect anything groundbreaking, but the visual wow factor that other puzzle games possess is noticeably lacking.

If replaying the early levels of the Challenge Mode, hearing the same songs again and again, is becoming a chore, there are plenty of other modes to jump into instead. There’s a puzzle mode that tasks you with creating specific shapes in short periods of time using the blocks you’re provided with, and there’s a mission mode, which gives you certain objectives to complete, such as “finish in two moves,” and just a minute or two to complete them. These modes are a great change of pace from Challenge Mode. You’re forced to work quickly and are punished for mistakes. One wrong placement and you’re doomed to fail. You’re given little guidance for most of the puzzles, meaning you’ll fail multiple times before you pass the level, but they can help you learn combinations to take over to the core mode. There are also multiplayer options that see you take on either the CPU or another player, clearing blocks to attack your opponent, making their play area smaller. It’s a fun twist on the base Lumines objective, and the CPU can really put up a fight.

It might be a struggle for some, but getting to grips with Lumines Remastered’s deceptively unique gameplay and getting lost in the electronic beats is a wonderfully rewarding and mesmerizing experience. The visuals may not play as much of a part as they do in other puzzle or rhythm games, but the constant promise of something new to see makes you want to keep playing and to keep improving.