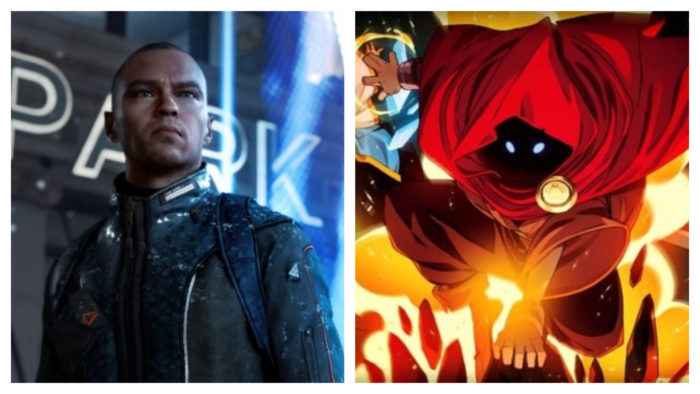 Reviews Editor Zhiqing Wan: Wizard of Legend was a bit of a surprise hit that snuck up on us in May. Developed by Contingent99 and successfully funded via Kickstarter, the game promised a compelling experience full of fast-paced, spell-slinging combat, and tons of relics and cloaks to customize your build with. Did it deliver? We’re pleased to report that it did indeed.

As a roguelite game, Wizard of Legend is pretty forgiving when it comes to progression. Death will come for you frequently, but every dungeon run you do will reward you with something – whether it’s extra gems that you can use to get permanent unlocks in town, or just plain ol’ game experience that will surely help you avoid your same mistakes in the next attempt. For a game of this genre, the combat is surprisingly deep as well, offering you various ways to chain your attacks together to build up insane combos, while also dodging enemy attacks. As you progress through the game, you’ll begin to unlock even more spells of different elements, offering you even more variety in your move set until you find a combination that works best for you. Wizard of Legend’s customization options are near boundless, with tons of relics offering you different perks and advantages to help you out. There are cloaks to be bought, each giving you different stat boosts to complement your play style. And we haven’t even talked about cursed relics and enhanced spells yet, which can deepen the experience even further.

Rounding all of this out is a sprightly soundtrack that combines synthesizers and orchestral strings. Wizard of Legend excels at creating a lovely fantasy setting that charms you from the moment you step into the wizarding museum. While the game is a little light on content with only four main bosses at the moment, Wizard of Legend is still most definitely worth a look for fans of the genre and even newcomers itching to play a spell-based action game.

Editor in Chief Ed McGlone: They really don’t make them like Pillars of Eternity II: Deadfire anymore. Iso-RPGs fell out of favor over the last decade or so, but the PoE series has helped put the genre back on the map. Most importantly, it has done this through more than just existing in a time where there aren’t many new games in the genre being made; Obsidian Entertainment has gone above and beyond in improving on what came before it.

Pillars of Eternity II: Deadfire follows up directly from the first game, and once again gives you a ton of customization and roleplaying tools to make sure your character is exactly the person you want he/she to be, and also handles situations exactly the way that you want. Choices are aplenty in Deadfire, complete with attribute checks (don’t expect to scale a wall if you’re an all brains no brawn type), and your party members are always watching and judging what you do. How they feel about you, good or bad, will be dependent on how you approach almost everything in the game.

And let’s not forget: pirates! There are lots of pirate stuff to do in Deadfire! You’ll captain your own crew, engage in ship to ship combat, and have the option to be a defender of the weak out at sea, or fit right in and become a pirate lord yourself.

Senior Editor Hayes Madsen: The Wii U was home to a number of fantastic games, and slowly but surely the best of them have been making their way to Nintendo Switch. Donkey Kong Country: Tropical Freeze is the latest title to do just that, and it’s the same game fans know and love, with some minor improvements thrown in.

Tropical Freeze’s platforming plays like a dream, and the infamous difficulty is still there, as the challenge slowly ramps up throughout the game. The addition of a new Funky Mode, however, lets you play as the titular ape, Funky Kong, providing you with a few bonuses to help you along. Funky can double jump, has more health, and can land on spikes with his surfboard, making him a much easier character to play. This helps make Tropical Freeze more accessible for players that might not be experienced with platformers, or for those simply wanting an easier time. Additionally, the game’s loading times and graphics got a slight upgrade, helping everything run much smoother.

The changes made to Tropical Freeze on Switch are small, but the port is a great chance for those that didn’t have a Wii U to experience one of the best platformers in recent memory.

Game of the Month for May 2018: Detroit: Become Human

Editor in Chief Ed McGlone: I’ve never played a game quite like Detroit: Become Human. It just does so many things that I’ve never seen before. For starters, it’s one of the most beautiful games I’ve ever played, going right up to the uncanny valley, but never crossing it. Despite being a game about androids, which are almost always creepy looking, Kara, Markus, and Connor are much easier on the eyes than the cast of Until Dawn and Final Fantasy XIII for example.

More importantly, it is one of the few games that really shatter the illusion of choice which plagues so many other games in the genre. There are so many ways to approach each chapter, and I never felt like my choices didn’t matter. Some situations are easier than others, and you might need to go out of your way to get a different result, but still, I was impressed every time I saw how many different ways the flow chart could break off and deviate from the route I chose.

Detroit: Become Human is the game that finally proves once and for all that Quantic Dream has the chops to be a big-time developer. Their previous efforts were solid, but at times uneven in quality, but Detroit is the game where they finally put everything together and made a truly excellent game. It’s not perfect, and a little more character development and less cliches would have taken the game to the next level, but none of that takes away from Detroit: Become Human being among the best choice-driven games we’ve seen in years.

That does it for our May 2018 Game of the Month. Congratulations to Detroit: Become Human! What do you think were the best games from last month? Let us know in the comments.