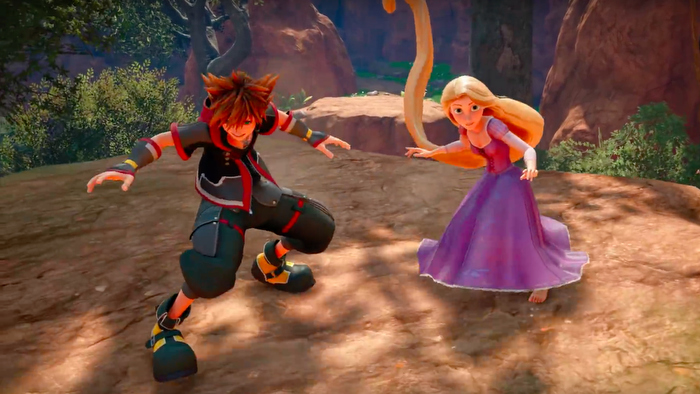 The wait is nearly over for Kingdom Hearts 3, and Square Enix is keeping fans hyped with a new gameplay trailer.

The trailer was shown during their E3 2018 press conference and offered new bits of gameplay from the upcoming title. Along with the reveal of Ratatouille’s inclusion, new special moves, and gummi ship exploration, the trailer hinted at different plot points and story elements, including Sora’s journey to recruit Roxas and other remaining key blade wielders necessary to combat the coming darkness.

The trailer ends with a tease of two other key blade wielders, Kairi and Axel, watching a sunset in an unknown location. The full teaser can be viewed below.

The reveal follows several new teases and announcements regarding Kingdom Hearts 3, both within and away from E3. At the Kingdom Hearts World Tour orchestral concert, it was revealed the game would release on Jan. 25, 2019 in Japan and Jan. 29, 2019 worldwide. The title also received a new gameplay and story trailer during Microsoft’s E3 2018 press conference, where new footage of the game’s Frozen and Tangled worlds were shown publicly for the first time.

Kingdom Hearts is currently slated for release on PlayStation 4 and Xbox One. For more on the long awaited title, check out the latest trailer and stay tuned to Twinfinitefor any future announcements from the show floor.