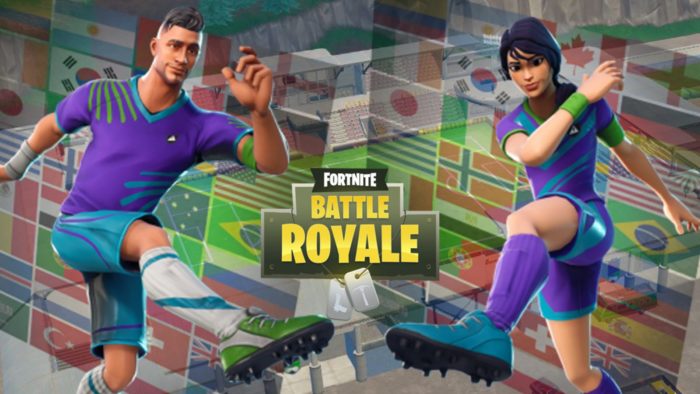 Epic Games, developers of the world’s largest game Fortnite Battle Royale, recently released skins themed after the World Cup. Naturally, players can customize these skins to root for their favorite teams while jumping out of a bus and blasting away competitors.

Just off of the heels of their own massive esports event, Epic Games decided to get in on the World Cup fun by placing several hidden soccer pitches around Fortnite’s map along with new weekly challenges to score goals Six World Cup-themed skins, complete with a cartoonish soccer kits and a golden soccer cleat pickaxe, are now available for both male and females characters. There’s also a giant soccer stadium that’s been placed on the map, but that’s the smallest portion of this update.

After buying their favorite team’s skin, players are able to change the number on their characters’ jerseys to more closely resemble actual soccer players. There’s also a stylish glider with a soccer ball image, and a new red car emote.

Considering the colossal amount of players Fortnite has managed to pull in thanks to it being a well-polished free-to-play battle royale, it only seems natural that it would bank on huge real-life events to base updates and skins on. Mirroring Overwatch’s skin craze, Epic Games has clearly seen that their players are willing to shell out for rare, limited skins that they typically create thanks to collaborations with other larger companies. What better way to demonstrate their over-night leap to popularity than partnering with one the most watched sporting events in the world?