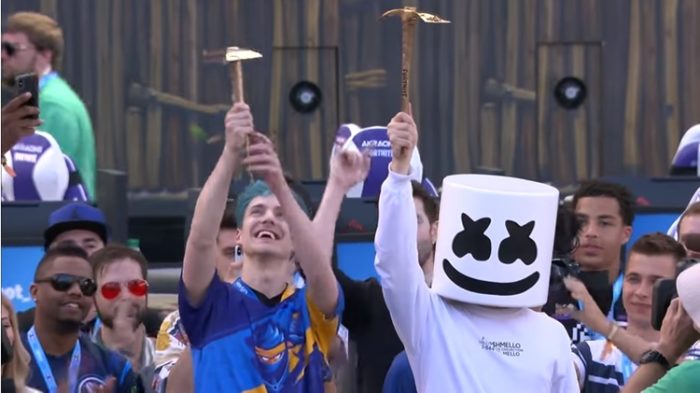 The teams competed for a piece of the $3 million prize pool, with the winning team taking home $1 million to donate to the charity of their choice. Unsurprisingly, Ninja and his partner, EDM DJ Marshmello, brought home the golden pickaxe. CouRageJD and NBA superstar Kenneth Faried took second with Kitty Plays and Walking Dead star Chandler Riggs rounding out the top three.

It was only fitting that Ninja emerged in the top spot as the game that made him famous set new Twitch records. The popular streamer brought in over 700,000 viewers in March when he hooked up with hip hop artists Drake and Travis Scott and NFL wide receiver JuJu Smith-Schuster for some squad-based action.

The event itself gave an interesting look into Fortnite’s future in the esports market. Epic has already committed $100 million toward Fortnite esports prize pools and both the impressive presentation and attention-holding action during the Pro-Am showed that the game has the strength to make a sizeable footprint within the competitive gaming field ahead of 2019’s Fortnite World Cup.

When coupled with the news that Fortnite’s player count topped 125 million after over two million players downloaded the game during its first day of availability on Nintendo Switch, it’s hard to deny the continual growth of the game’s influence and popularity is far from reaching its limit.