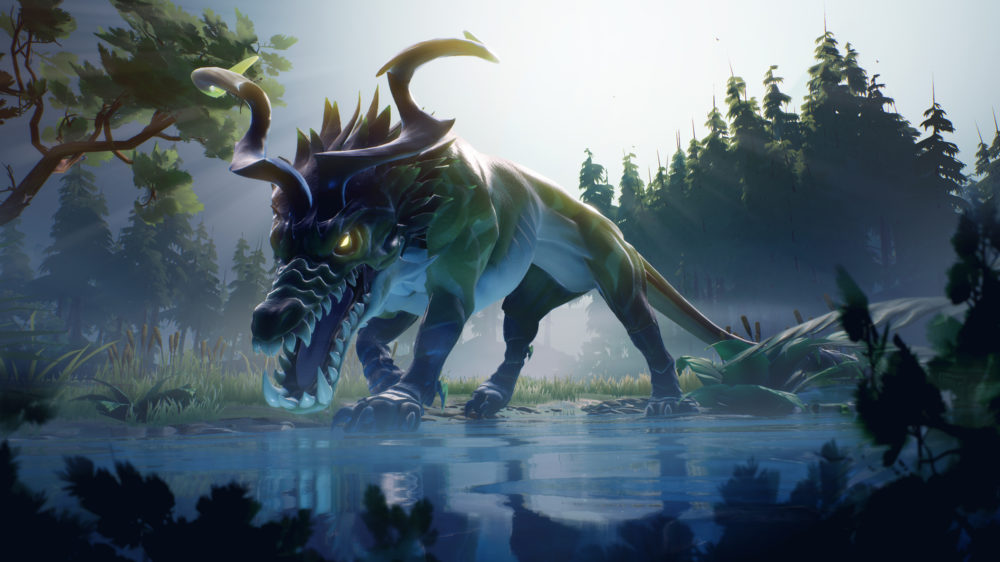 Dauntless has finally started up its open beta and prospective slayers that have been looking forward to the free-to-play monster hunting game can finally give it a go.

How to Stagger Behemoths in Dauntless

In Dauntless you’re hunting massive and angry creatures that are slowly destroying the world with their presence. So, naturally, you have to bring them down. You’ll work on teams of up to four players, each equipped with unique weapons that encourage a different style of play.

Your goal is to apply damage of course, but if you employ the right strategy, you can also stagger and break down a Behemoth to give you an edge in battle.

There’s no 100% guaranteed way to get a stagger constantly, but blunt weapons, namely the Hammer weapon is the best weapon for staggering because of its very high total damage.

The best way to stagger a Behemoth is by hitting its head. Whenever you attack an enemy, you’ll see damage numbers. If the damage numbers are in blue, that’s good news, that means you’re dealing stagger damage. Just keep doing what you’re doing, and the Behemoth will eventually fall to the ground.

Once the Behemoth is down, you’ll have a short period of time to deal as much damage as possible before it gets back up again.

On the flip side, most weapons in Dauntless deal wound damage, and that’s indicated by red damage numbers when you hit a Behemoth. This allow you to wound enemies and break off parts, but don’t deal stagger damage.

However, if you invest in the right modifications and upgrades back at the town square, you can customize your weapon to deal stagger damage just like blunt weapons like the Hammer as well.

That’s all you need to know about how to stagger Behemoths in Dauntless. For more tips, tricks, and guides, be sure to check out our Dauntless guide wiki, or check out some of our most popular guides down below.