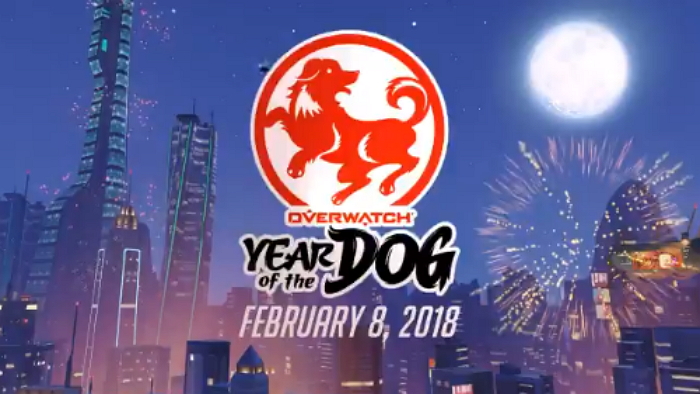 Blizzard Entertainment announced through the Overwatch Twitter account today that the Lunar New Year seasonal event will return to the game starting next week.

The Year of the Dog event begins Feb. 8 with no end date announced yet. No other details were given in the announcement other than its starting date.

The Lunar New Year event in Overwatch began last year with the Year of the Rooster, which added 124 new cosmetic items and introduced the Capture the Flag arcade brawl into the game. The Lijiang Tower map received a festive reskin for the duration of the event. If the returning Summer Games, Halloween, and Winter Wonderland events are any indication, all the cosmetic items from Year of the Rooster will be available to receive in limited-time loot boxes or purchase from the Hero Gallery with in-game currency at a lower price than the new items coming with Year of the Dog.

Blizzard recently added over 100 new items to Overwatch last month alongside the Blizzard World theme park map. No new event was tied to the accessory dump, which were obtainable through the normal loot crate. The same month, the company also added cosmetic skins representing all 12 Overwatch League teams for every hero that can only be bought through real money.