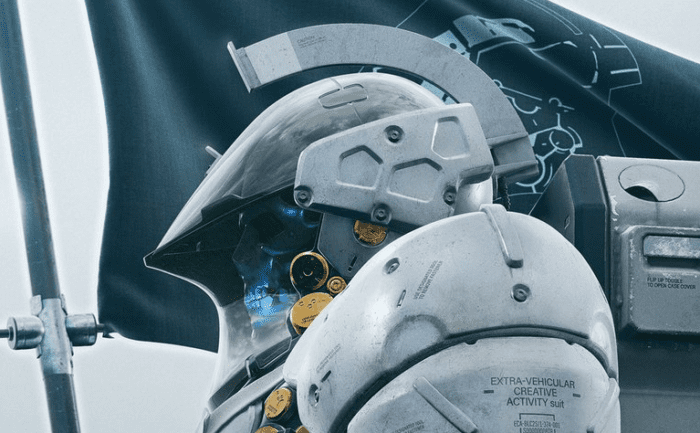 Kojima Production’s official Twitter page recently published a picture that appears to show a female version of the Ludens character that serves as a sort of mascot to the new Kojima Productions team. Kojima Productions is currently working hard on Death Stranding and some fans speculate that this Ludens figure we’ve seen will be a character in the game, though this is yet to be confirmed.

Kojima Productions showing off designs for a female version of the Ludens character will no doubt raise even more speculation as to the nature of the Ludens figure and whether or not he/she will be in Death Stranding.

Happy new year 2018! May it be a great year for all of you. Thanks for all your support; it's what keeps us going! pic.twitter.com/qVZNmeCGI3

As you can see, the female version’s armor is very similar to the male’s but she appears to be missing a few pieces. She also wields a spear and has her face armor off. It’s entirely possible that this is nothing official and in no way connected to Death Stranding but, given how much Hideo Kojima enjoys teasing fans, it’s also possible he could be teasing a new character. Time will tell.

Death Stranding is currently being developed by Metal Gear creator Hideo Kojima and his team at Kojima Productions. It is Kojima’s first game since leaving Konami and the Metal Gear Series. The game is set to be a PlayStation 4 exclusive and we’ve seen several trailers for it since it was announced at Sony’s E3 2016 conference.