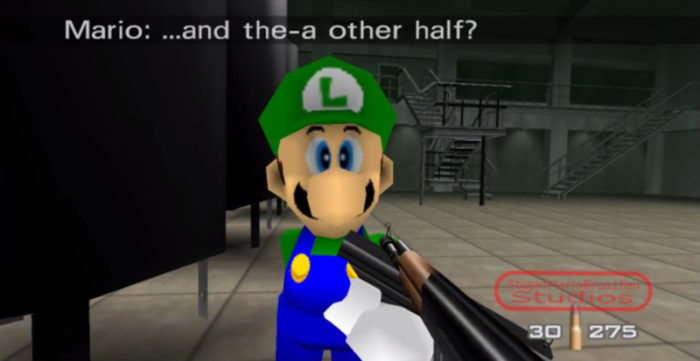 Goldeneye 007 released on the Nintendo 64 in the late 90’s and has went on to become one of, if not, the most influential first-person shooters ever. Nintendo did not develop Goldeneye, Rare was the developer behind the multiplayer hit, but can we just stop for a second and think about what a M-rated Nintendo first-person shooter would have looked like back in the 90’s – full of blood and guns and everything? Well, you don’t have to think too hard about it, because someone crazy already had the idea and has modded Goldeneye 007 to include a bunch of Nintendo characters like Mario, Donkey Kong, Bowser, and even Pauline.

The mod was created by a YouTuber that goes by the name of “StupidMarioBros1Fan” with help from Graslu00, Carnivorous and Sogun. You can check out the trailer for the mod right here, as well as instructions on how to download and actually play it:

Our childhood selves are most definitely screaming inside, how about yours?