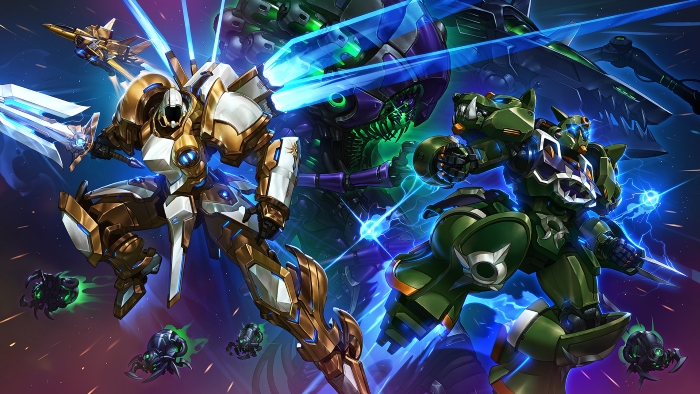 Blizzard announced 10 new cosmetic skins for its multiplayer online battle arena Heroes of the Storm with an almost two-minute long anime today. You can check out the trailer featuring giant mechs, even larger swords, and never-ending screeching guitar below.

The legendary skins are now available for Abathur, Dehaka, Rehgar, and Tyrael. Abathur, Rehgar, and Tyrael each receive three new skins, while Dehaka only gets one. The new skins can be found in loot chests, or forged with shards earned by receiving duplicate items. A mecha-themed Tyrael announcer pack, sprays, and emojis will be added alongside the new skins.

Blizzard is also offering a MechaStorm bundle containing heroes Abathur, Rehgar, and Tyrael with each of their new skins. Each hero will receive its own bundle for players who just want a specific character. Any of these bundles can be purchased with gems, the real-world currency, but are only available until Monday, Jan. 29.