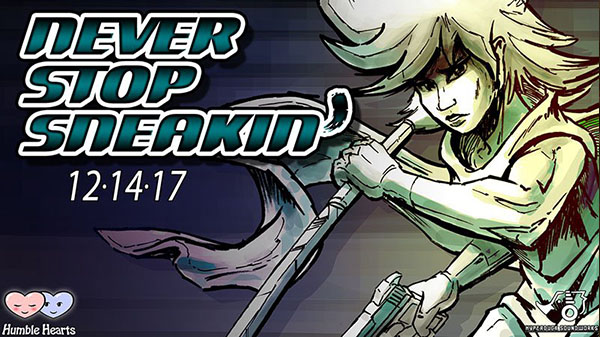 Never Stop Sneakin’ is the latest project from developer Humble Hearts. It was originally announced back in October without a concrete release date. Now, it looks like it’s coming for Nintendo Switch via the Nintendo eShop on Dec. 14. That’s not too far from now, in case you were counting. There’s already been so many amazing games this year, it’s really starting to be difficult to keep track of what’s already out and what’s still coming.

Previously, Humble Hearts released the adorable RPG Dust: An Elysian Tail. While it received praise from critics and fans alike, it didn’t quite reach the audience numbers it should have, and remains a criminally underrated title with some very, very adorable voiceovers and character art. It was an impressive effort when it debuted, for sure.

Check out the trailer below and see if it’s something that’s up your alley. If you’re curious, it’s said to be inspired by Metal Gear Solid in some way. If that’s true, there’s no doubt it should at least demonstrate moments of brilliance, if not the whole shebang.