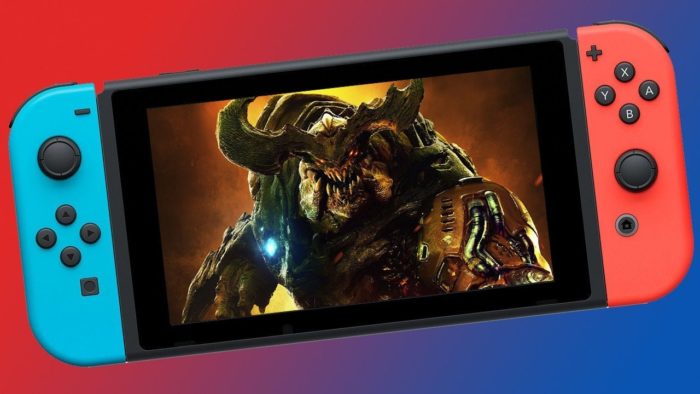 The Nintendo Switch is awesome. I’m not breaking any news by telling you that the Switch has had an amazing 2017, arguably one of the best years for a new console ever, and has already made people forget the Wii U ever existed (except you, you Wii U hipster you).

I haven’t owned a Nintendo home console since the Nintendo 64. The handhelds have satiated my desire for Nintendo exclusives well enough, and while I would dabble with a friend’s Wii to play Wii Sports, I generally wasn’t a fan of the primary features of the last couple of consoles. While the Wii certainly sold very well, I’m sure I’m not the only person who has stuck with the handhelds throughout the years but has strayed a bit on the home consoles. That description might fit you, or at least someone you know.

The Switch, though, is something special. It’s the first major console to (successfully) attack the barrier that has separated portable and home consoles. For years, many have wished that they could bring their beautiful AAA games with them on the go as conveniently and easily as they could Pokemon. And now, gamers (Switch owners anyway) can. Like the Wii before it, it’s a gimmick, but it’s one that resonates and creates a console that is truly unique. The Wii U tried but came up short in execution. The Switch is the realization of the idea the Wii U had.

There’s really only two major (and legitimate) gripes one could have about the Switch. One: Third-party games and two: the lack of power compared to the major home console competitors, the PlayStation 4 and the Xbox One. Anyone who holds that over the Switch is right in doing so. Every console has problems, and that’s a major one for the Switch. Because the Switch doesn’t have parity with its two competitors, third-party developers and publishers have to decide if a Switch version is possible and if it is, how many sacrifices (if any) need to be made, and even if that all checks out, whether it’s worth it from a financial prospective. All valid concerns.

As you may have sussed out from the title, I’m putting it out there that I want ALL the Switch games. As long as they are functional games, I don’t care how last-gen they look, give it to us. I’m just one guy, and maybe you, the reader, have a different opinion on this, but coming from someone that owns all three of the major consoles at the moment, unless the visual quality is absolutely imperative to the experience, I’d much rather just have the ability to play the game on-the-go, on my couch and un-tethered from my TV screen.

Doom for the Switch is the perfect example of what I’m asking for here. Doom for the Switch, as our reviews editor Zhiqing Wan put it, has its warts. The frame rate drops a little from time to time, the textures aren’t as nice looking, and the HUD/UI can be tough to read while in docked mode. The PlayStation 4, Xbox One, and PC versions of the game are all objectively better than the Switch version. That said, I. Don’t. Care. With the Switch you can play it ANYWHERE, that’s such a huge perk that it outweighs any of the issues Zhi pointed out in her impressions. If that’s the major holdup developers/publishers have, that they don’t want to put out something that’s a small step backwards performance-wise like Doom for the Switch, I’m here to say that it’s totally OK, really! Switch owners, of course, want the games to be the best that they can be, but given the option to either have graphically watered down, but still perfectly functional and fun versions of major AAA releases, or nothing at all, I’d like to think most people would choose the former.

What should be avoided, lest we’ll repeat the Wii’s history, are games that are dramatic departures from the PS4 and Xbox One versions. Slight performance downgrades are one thing, but no more Dead Space Extractions. Whether you enjoyed games like that or not, the passive acceptance of them created a culture where it was OK to shovel whatever you could to the Wii just to take advantage of the install base. Switch owners deserve better this time around. If the Switch legitimately can’t handle something like Destiny 2, that’s fine, but no more patronizing Nintendo fans with “Destiny 2 Switch Edition” complete with playable Miis and Koopas instead of Cabal (that actually kind of sounds awesome though as I write it, but you get the point).

Nintendo did its part in 2017 getting the ball rolling. It was one of the best years we’ve ever seen from a single company. Now it’s time for the big third-party publishers to pick up the ball and run with it. It doesn’t need to be perfect. A bonafide effort to get Switch owners as close to parity with PS4 and Xbox One is good enough.