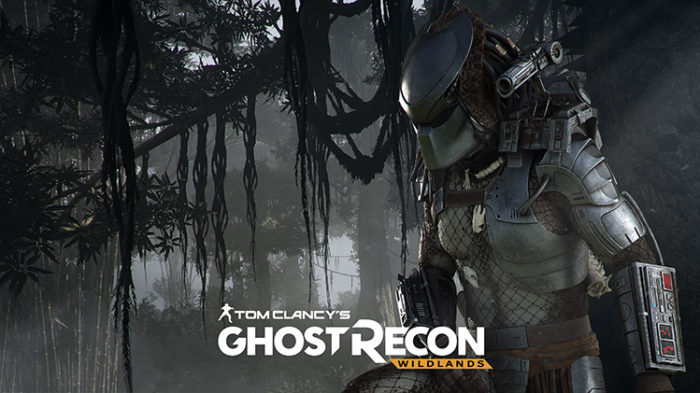 Publisher Ubisoft has announced today that Tom Clancy’s Ghost Recon Wildlands will be receiving special free DLC tomorrow featuring Predator from the movie franchise of the same name. If this seems as if it’s coming out of left field don’t worry, I definitely feel the same way.

From December 14 until early January, players are tasked with tracking down Predator either alone or with three other friends. Defeating the humanoid monster nets users with a Predator mask that allows them to view the world of Wildlands through classic Predator vision. Because of course it does.

A Predator Pack will also be available for purchase during this time and gives players the ability to unlock a total of 15 weapons and items, all of which are inspired by the Schwarzenegger flick. The Pack also bestows purchasers a new close combat move just in case they find themselves unexpectedly face to face with a Predator while playing.

The Ghost War PVP mode within Ghost Recon Wildlands will include a new character class, too, inspired by Arnold Schwarzenegger’s character Dutch. Here’s hoping it has all of the movie’s classic lines (“There’s something out there waiting for us, and it ain’t no man.”).

Just in case you think this is totally made up, you can check out a video of the DLC in action courtesy of Ubisoft here. Tom Clancy’s Ghost Recon Wildlands is currently available for Xbox One, PlayStation 4, and PC. Happy hunting you Predator fans out there!