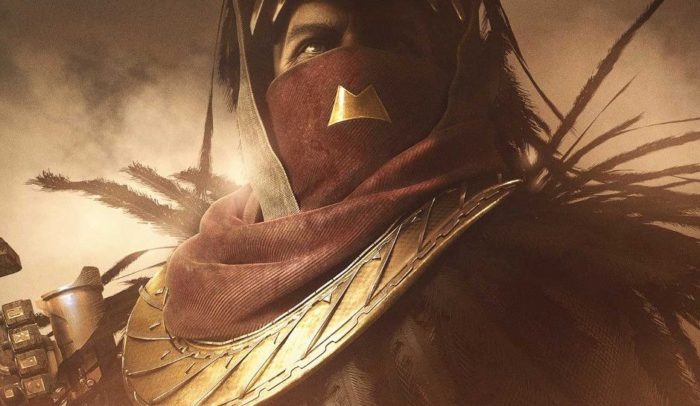 Destiny 2: Curse of Osiris on PlayStation 4

Note: This scored review is the sequel to our review in progress from launch day. We’ll briefly touch on what was discussed in the review in progress, but we highly recommend reading that first before diving into this if you want our in-depth impressions of Mercury, the campaign, and the Infinite Forest.

Where we last left our review of Destiny 2’s first expansion, Curse of Osiris, we were more or less satisfied with the campaign despite its short length, but disappointed on the ineffective of use of what little space is actually added to the game. Mercury is quite small, and there’s not even that much happening there to fill it up. The Infinite Forest draws attention away from the long-anticipated planet, and that isn’t all that interesting either after you’ve played through the first time. I was hoping that post-game content would spruce things up a bit. At least as far as Mercury and the Infinite Forest is concerned, sadly, it doesn’t.

Even after beating the campaign, nothing much really changes on Mercury. It just becomes another location to farm for tokens. Sure, it has the really fun new Public Event, a Lost Sector to loot, and some new armor to roll for from Brother Vance, but that’s not enough. The Infinite Forest is now locked away, and you only really get to explore it through the new heroic adventures (which we’ll get to in a second). The entire zone feels like a wasted opportunity to do something similar to Court of Oryx or Archon’s Forge. Something that’s meaty, and adds to the end game routine that isn’t just another raid would have been great. Instead, it’s just there to repeat missions and strikes on. And, before we move, we’ve written about strikes already, and our opinion hasn’t changed. No matter how you spin it, it’s extremely lame to have missions reused as strikes. And if it was legitimately a design choice, and not a time issue, it’s something that should not be done again in future expansions.

Your character’s level cap is raised by five, but it’s pointless. There are no new abilities or classes. It just grants you five free bright engrams, which, okay, that’s fine I guess since it’s free stuff. However, maybe the current microtransaction climate has me feeling some type of way, but I can’t shake the feeling the level cap increase was just a way to get people to say hi to Tess and to tempt them to buy some Silver. I’ll spare you from watching this review derail into a conversation about microtransactions, but I will mention that there is a lot of new stuff available from Eververse. Make of that what you’d like. Moving on now.

Heroic adventures are billed as one of the main new features and they are kind of just blah. They are quite challenging, which is nice, but the problem is it lacks matchmaking and feel like they are designed to be played with others. Running through solo takes a long time, and can be frustrating, making them not worth the time and effort to complete. I’d rather just do a matchmade strike instead and not have to worry about waiting for friends to come online. Plus, like a lot of things in Curse of Osiris, it isn’t anything new. It’s just a harder version of adventures you already completed.

It’s not all bad though, and the events that are legitimately “new” are really well done. Lost Prophecies are a great new addition to the end game routine (while they last anyway). These are mini quests that task you with farming certain activities for materials to create powerful Vex-themed weaponry. While yes, it does rely on replaying older content, in this case though, it enhances and makes stuff you wouldn’t normally do relevant and more rewarding. If this and the Raid Lair (see below), were coupled with something else that diversified the end game routine, we’d start to have the making of a really great expansion.

Speaking of the Raid Lair, I’ll admit that when I heard that the raid was going be on the Leviathan again, instead of taking advantage of either of the new areas, I was very bummed. I still am. However, despite its shorter length, Eater of Worlds is once again another example of excellent raid content in Destiny. It has a nice mix of non-combat puzzles, and fast-paced action that was missing in the first raid. While Leviathan is very unforgiving and reliant on everyone doing everything perfectly or you wipe, Eater of Worlds is more action-focused, chaotic, and open to creativity in approach. Sure, there’s probably a perfect way to do everything, but there’s room to fix other people’s mistakes with quick thinking and strong play in Eater of Worlds. Plus, after the first section, there’s a lot of shooting, which is never a bad thing in Destiny 2. Neither approach (Leviathan vs. Eater of Worlds) is better than the other, I’m just happy Bungie didn’t just remix the Leviathan raid. Eater of Worlds feels fresh and new despite taking place on the Leviathan again and salvages Curse of Osiris big time.

Destiny 2: Curse of Osiris just kind of adds more stuff to onto the pile. While it is all technically new since a lot of it takes place in new locations, it doesn’t feel that way since most of it is very similar to what players have been doing since launch. Aside from the Lost Prophecies quests and the Raid Lair, there’s really not that much to sink your teeth into. After the short three hour or so campaign, Mercury instantly just becomes another place to farm tokens. And the Infinite Forest is just where you go to play strikes (which again, are just reused missions designed for three people) and heroic adventures.

While it’s unfair to expect Curse of Osiris to match the scale and quantity of The Taken King, an expansion that I personally consider the best in the series, as it’s not billed as a “major expansion,” it still could have been something on the level of House of Wolves at least. House of Wolves added a completely new mode in Prison of Elders that hadn’t been seen in Destiny to that point, added mini-raid fights which included Skolas’s Revenge, one of the most difficult and satisfying fights in Destiny’s history to-date, and introduced the Reef, an area that would be the hub for the extremely popular Trials of Osiris PvP event. House of Wolves isn’t perfect either but that right there (and probably more that I’m not remembering), is a perfect example of how less can be more. There isn’t a new planet to explore in House of Wolves, like there is in Curse of Osiris, but it was extremely efficient and took some chances, and the result was an expansion that shook up the end game routine in ways that Curse of Osiris does not.

It’s disappointing because the foundation is there. I can’t help but feel that there just wasn’t enough time to fully flesh this expansion out. Maybe updates will utilize the new space and we’ll remember the Curse of Osiris era more fondly over time. If you just want more Destiny 2, Curse of Osiris is a serviceable expansion. But right now, Destiny 2 doesn’t need more stuff, it needs a shakeup of its DNA, and Curse of Osiris doesn’t deliver in that regard.