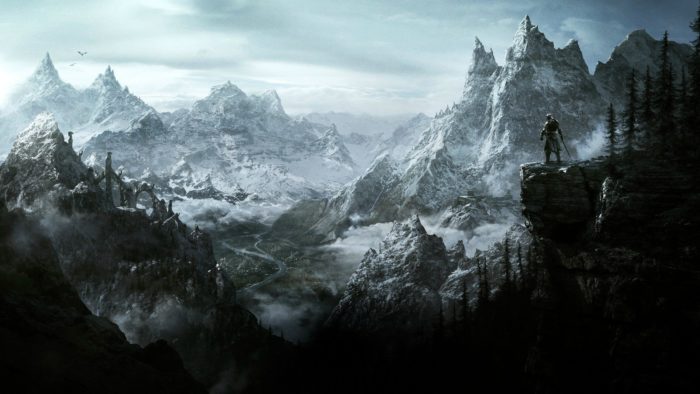 I remember my first experience with Skyrim. It was on the PS3, which was arguably the absolute worst way possible to play the game. The more you did within the world, the larger your save file size got, and frame rate dips would start to get more frequent as a result. It was pretty nightmarish. Everything I did threatened to break the game entirely, but still, there is no doubt that Skyrim was one of the most immersive and content-filled fantasy RPGs I’d ever played.

The Switch marks the sixth console Bethesda’s esteemed RPG has been released on, and considering the fact that I haven’t touched the game since sinking hundreds of hours into that PS3 version back in 2011, returning to Tamriel on Nintendo’s new system sure brought back a lot of memories about arrows in knees and sweet roll thefts. Skyrim is way better than I remember on the Switch, and it’s now my favorite way to play this game.

Let’s get the technical stuff out of the way. Yes, the game certainly looks worse than its PS4, Xbox One, and PC counterparts. Compare them side by side, and you’ll notice that the textures on the Switch don’t look quite as crisp, and the draw distances aren’t great. I’ve sunk about 40 hours into Skyrim over the past week, and I noticed that there’s a lot of pop-in when you’re wandering around the large environments. Grass and trees randomly spring into existence as you’re sprinting, and occasionally you’ll see red enemy dots on your compass before they even show up on screen. The pop-in is even more noticeable when you’re riding on a horse. I personally didn’t mind it too much, though I can see how it might be a real annoyance for players who value graphical fidelity and visuals in their games above all else.

The visuals looked pretty good in both docked and handheld mode. The game runs at 720p in both modes, but it still looks just as good, if not better than the PS3 and Xbox 360 versions. It’s not going to be as pretty as the current-gen console and PC versions, sure, but Skyrim on Switch certainly isn’t ugly at all. If Doom’s rough visuals on the Switch worried you (as it did me), you’ll be pleasantly surprised at how great Skyrim looks. This isn’t surprising, considering that Skyrim is a much older game and is way less graphically intensive. The sky boxes still look gorgeous and you can appreciate the game’s northern lights, and walk through the beautiful autumnal and snowy areas. Overall I was extremely pleased with how pretty it was in both docked and handheld. 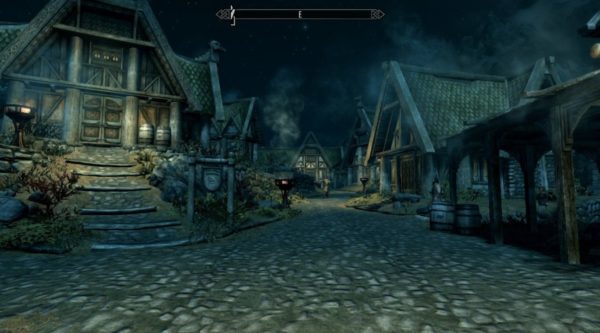 The frame rate is capped at 30, and it’s pretty consistent throughout. Through my 40 hours of play so far, I haven’t encountered any incidents where the frame rate dipped noticeably, even in crowded towns or in combat zones with more than five enemies.

While playing on the PS3, one of my biggest complaints with the game was the lack of the quicksave function. Thankfully, Bethesda has kindly opted to put that into the Switch version, which means that you can save your game quickly and conveniently before going off and picking that lock or stealing that gold from the innocent man’s pocket. It’s a huge quality of life improvement that I greatly missed in the original game on the last-gen consoles, and it’s nice to have that function come to the Special Edition on PS4 and Xbox One, as well as this version on the Switch. Key binding is also available in the game, of course, and it’s definitely something you’ll want to fiddle with once you get started as the default controls are pretty weird.

As for game bugs and glitches, well, it certainly wouldn’t be a Bethesda game if it didn’t have any of those. Skyrim is still as janky as I remember it, and you will have encounters where NPCs would occasionally fuse into an object or another character when you talk to them. Some of the old exploits are still intact here as well, such as sneak attacking the Greybeards in High Hrothgar to improve your Sneaking ability. There were a couple of instances where the game seemed to have some audio glitch where I’d hear a loud static sound to the side of my character when there wasn’t anything around me. This happened in both docked and handheld mode, with and without a headset connected to the Switch. It isn’t a common occurrence, but it is an issue in the game.

There aren’t any game breaking bugs, though I was forced to restart my game completely after dying to a bandit and having my character’s death animation stuck on screen as the game’s loading text appeared. So, yeah. There are definitely a bunch of bugs in Skyrim, but from what I’ve seen so far, there isn’t anything here that’s too serious to the point of severely hindering your gameplay experience.

Loading times are also surprisingly short. It’s worth noting that I have the digital version of the game saved onto a micro SD card on my Switch, and the loading time was only somewhat long whenever I booted up the game. It would take maybe about 15 seconds for the menu to pop up, and loading into the game took another 15 seconds or so. However, once you’re in the game proper, loading times are a non-issue. Exiting a town to go into the open world would take about five seconds, and fast traveling from one location to another took a couple of seconds more. 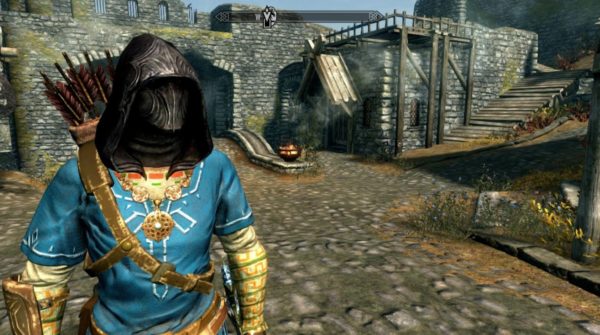 Because it’s on the Switch, Skyrim also now comes with motion controls. You can turn these off in your settings, which I recommend that you do once you jump into the game. The gyro controls are pretty nice for when you’re aiming with a bow, but I found them to be more of a hindrance than a help for every other aspect of the game. There’s also amiibo support, and you can get some pretty nifty-looking Zelda-themed gear, such as the Champion’s Tunic from Breath of the Wild and the Master Sword. Just like in Breath of the Wild, amiibo can only be used once a day, and they also give you extra resources like arrows, ingredients, and occasionally pieces of equipment.

Most importantly, however, Skyrim is just such an absolute pleasure to play on the Switch. It’s a complete version of the RPG we all know and love, with barely any compromises or trade-offs to speak of. Sure, the game doesn’t look as pretty as the other versions, but it looks good enough. It’s not ugly to the point where you won’t be able to even stand looking at the game, and it’s perfect for marathon gaming sessions. As expected, there’s no mod support either, so PC players might have a hard time coming over to the Switch because of that. There’s also no Creation Club support, so it seems unlikely that the Switch port will ever have access to user-created content. However, Bethesda does kinda make up for that by also including all of the previously released DLC, such as Hearthfire, Dawnguard, and Dragonborn. That’s a lot of content on top of the base game itself.

Despite that, I’ve found myself completely drawn into Tamriel over the past week. Being able to play such a massive RPG like Skyrim wherever you want is truly a technical marvel, and I’m thoroughly impressed with what Bethesda’s been able to pull off here. The main draw of the Switch version is the portability factor. The fact that you can play Skyrim in handheld mode, in its entirety, and with very minor compromises like a slight hit to visuals and lack of mod support makes this one of the best AAA handheld ports I’ve ever played. If you’re able to look past those issues, the Switch is the definitive way to experience Skyrim.