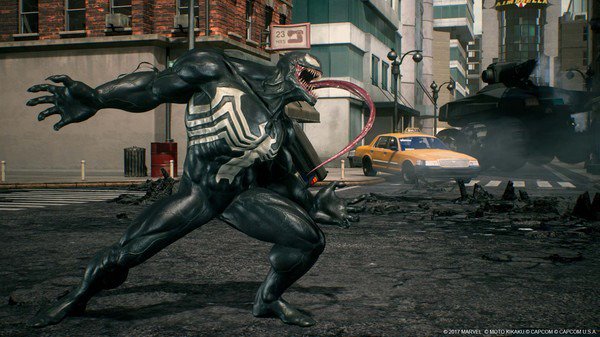 Marvel vs. Capcom: Infinite is welcoming three new characters to its roster on Dec. 5, with the addition of Venom, Black Widow, and Winter Soldier.

A new trailer just released showing off each fighter and their unique specialties, such as Venom’s Venom Glide attack that lets him zip back and forth in six directions. Black Widow can use special gadgets and moves to keep herself out of danger. Winter Soldier has a Metal Shield to protect himself, and uses close combat techniques to fend off the enemy.

Each fighter has a special premium costume as well, such as the Anti-Venom suit for Venom, James Barnes outfit for Winter Soldier, and Cosmonaut costume for Black Widow.

You can pick up Marvel vs. Capcom: Infinite for PlayStation 4, Xbox One, and PC right now, but if you’re not quite ready to pull the trigger, you can try the game for free during a demo weekend from Nov. 24 through Nov. 24 on PlayStation 4. You can try out all 30 of the characters who were previously available at launch.