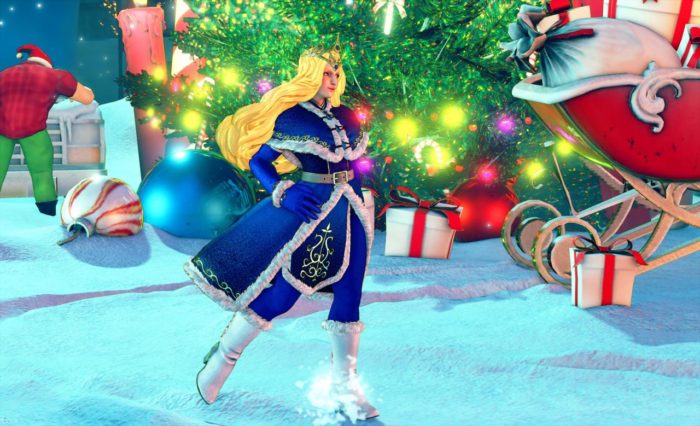 Capcom is putting out a new set of holiday-themed costumes for Street Fighter V, for characters like Cammy, Alex, Kolin, and Menat. If you’re ready to deck the halls with boughs of holly, you’ll definitely want to check out the new costumes on offer. They’re pretty cute!

There are 10 DLC costumes coming next week, but only four of them are holiday-themed. Cammy and Menat have kitty cat ears with their costumes, while Alex has a Santa hat and what looks like spandex leggings. Svelte!

You can get all 10 of the DLC costumes for both PlayStation 4 and PC on Nov. 29, or grab each individually for $4. A small price to pay to look awesome, right? If you missed out on last year’s set of holiday costumes, you might also want to pick up the 2016 Holiday Pack, which will be available for 50% off so you can add it to your character’s repertoire of outfits, of which you can never quite have enough.