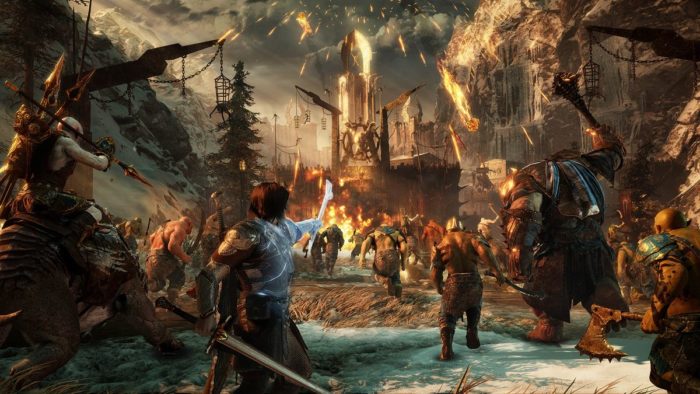 We all kinda guessed that Middle-earth: Shadow of War would take up quite a bit of space on PC, but I don’t think anyone really thought the game would push the 100GB threshold. Well, according to IGN editor Dan Stapleton, the PC version of the game has a download and install size of 97.7GB.

Shadow of War might be the single biggest download (at launch) I've ever seen. A lot is 4K video, plus a TON of uruk voice acting. pic.twitter.com/QqaZCX9oFi

In comparison, the PS4 version of the game has a download size of around 65GB, which is fairly reasonable for a large AAA game like this one. A lot of the space on the PC version is being taken up by 4K video and audio files, not to mention the sheer size of the game as well. So if you’re planning on running this game on your rig, make sure to clear out some space for it before the official launch.

Middle-earth: Shadow of War is set to be released for PS4, Xbox One, and PC on Oct. 10. If you’re wondering what Shadow of War is like, you can check out our official review of the game here.