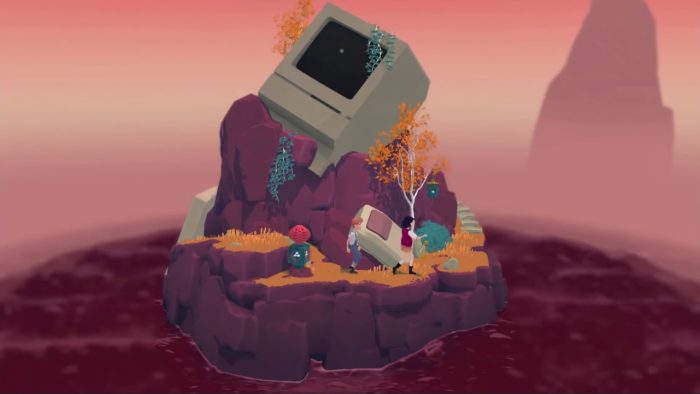 Developer The Voxel Agents has announced today a new title in production for the PlayStation 4 called The Gardens Between, set to release sometime late next year.

The crew during Sony’s pre-showcase presentation noted that The Gardens Between is a single-player narrative driven puzzle game that relies on its environment in order to relay most of its story. There’s only one button  to be used and an interesting time mechanic is implemented to navigate the game’s Borrowers-style world. Indeed, it seems as though everything is literally larger than life in this game, with pots and garbage bins towering over the title’s two little characters.

PlayStation fans can witness the debut trailer for themselves below:

The trailer’s official YouTube reveals more information about the title, including the names of each protagonist. It reads, “The Gardens Between is a surreal puzzle adventure that follows best friends, Arina and Frendt, as they fall into a mysterious world of beautiful garden islands.”

If one thing’s for certain, The Gardens Between definitely gives off a lot of Brothers: A Tale of Two Sons vibes. Here’s hoping it’ll make as many waves whenever it debuts in 2018 and that it’ll be just as heart-wrenching.