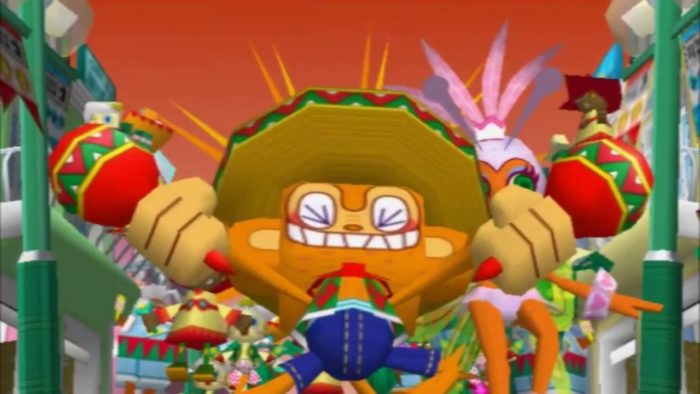 Shun Nakamura, Producer at Sonic Team, is hard at work on Sonic Forces, which debuts next month. In an interview with Eurogamer, he said he thinks the Nintendo Switch Joy-Cons have a lot of potentials to translate well to Samba de Amigo, and that the title could be made without having to resort to a third-party peripheral as past versions have.

Sonic Team made Samba de Amigo way back in 1999. Sega published the game for Dreamcast and arcades and eventually came to Wii via Gearbox Software and Escalation Studios in 2008. In Samba de Amigo, players control a monkey in a sombrero who is named Amigo. To play the title, you have you shake maraca controllers at low, middle, or high stances to the beat of the music.

Unfortunately, even though the maraca controllers for the Dreamcast were cool, having to get extra peripherals is always a hard sell, and the series never made it past the initial title. The Wii port used the Wiimote, and it was horrible, and no one should play it. However, the Joy-Cons seem to have a lot more precision in their motion controls, and the HD rumble could make them feel like real maracas.

Whether or not we’ll ever see Somba de Amigo again is unknown. Even a port to the Nintendo Switch would be fantastic though.