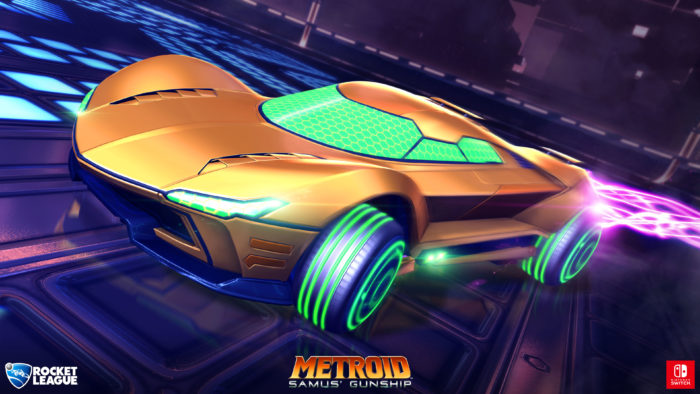 Rocket League is making its way to the Nintendo Switch, finally, later this month, just announced today. The game will be available on Nov. 14 in North America for $19.99 on the eShop, so that’s just about a week and a half away.

The Nintendo Switch version of the game will include special Nintendo-themed cars, featuring characters like Mario, Luigi, and Samus’ ship. It looks absolutely adorable, especially since the cars themselves fit in pretty well with the Rocket League aesthetic.

This won’t be a watered-down version of the vehicular sports game, with unlock able customization items, additional cars to unlock, and other goodies up for grabs for anyone who wants to experience the game on Switch.

If you haven’t purchased Rocket League yet on one of the myriad consoles it’s been on, now’s a great time to do so when it launches on Nov. 14, especially since by then you may have finally gotten through the absolute blitz of games mid-October brought us.