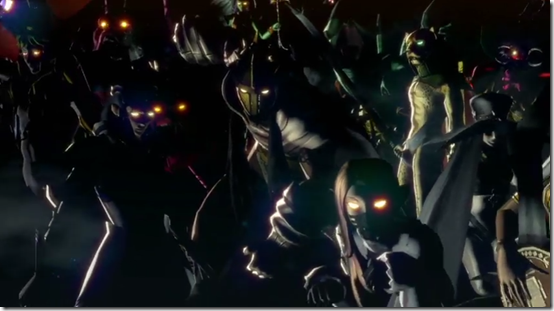 The upcoming Switch iteration of the popular Shin Megami Tensei franchise is coming soon, with additional information coming on Oct. 23 via livestream.

There’s a special YouTube livestream scheduled for Oct. 23 at 21:00 JST, as announced via Atlus, where a heaping helping of steaming new information will be revealed about the Shin Megami Tensei HD project.

Previously, there hasn’t been much information coming across about the latest MegaTen game, but now it looks like hardcore fans are about to get an injection of updates and potentially a glimpse at what the game might contain when it finally makes its debut.

You can see the tease in the video below, which also includes the title’s first trailer, which no doubt set fans’ hearts aflutter. We’ll have to wait a little longer for any meaningful look at what’s to come from the popular role-playing franchise, however.

In the meantime, rest assured that Shin Megami Tensei: Strange Journey Redux is still on the horizon, though its release has been pushed back to March 2018 in North America. It is, however, still coming for Japanese gamers on Oct. 26.