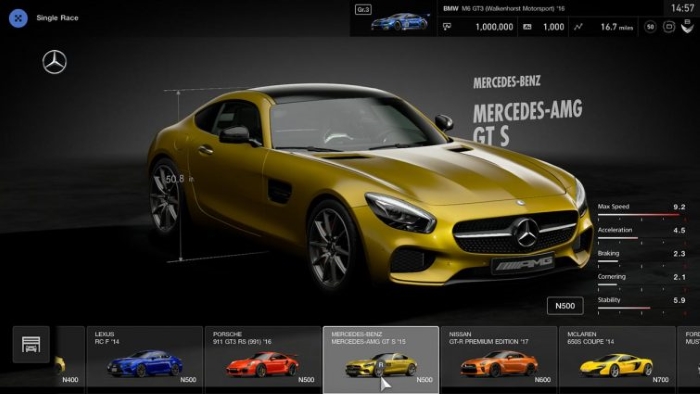 The Gran Turismo Sport demo features small pieces of the game’s arcade, campaign, and sport modes. Two players can also race each other in the demo via offline split-screen.

The demo includes new features such as the Scapes photo mode and livery editor, which allows players to customize cars and decal logos. Progress made during the demo – any unlocked vehicles and up to $1MM in-game credits – will transfer to the full game when it launches on Oct. 17 in North America, Oct. 18 in Europe and Australia, and Oct. 19 in Japan.