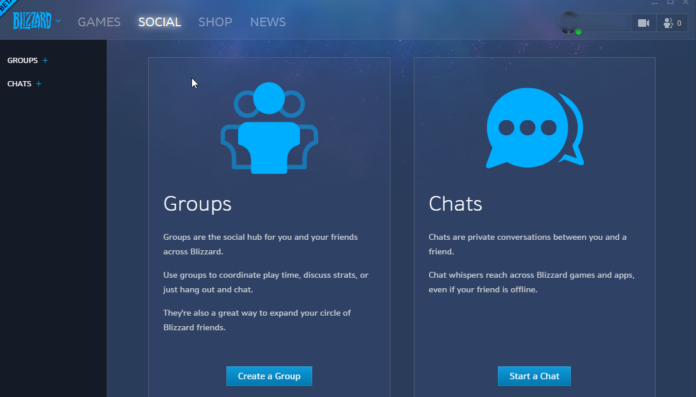 Battle.net has been a bit lacking in social features when compared to other digital marketplaces, but Blizzard is rectifying that in the latest beta of the app. Players using the Battle.net beta now can use multiple text and voice channels, to form groups, and to appear offline if they don’t want to be bothered.

The most significant addition to Battle.net is the Blizzard Groups feature. By creating a group, you get access to tools that work a lot like Discord. Instead of having to jump into a game to chat with people on the app, you can now talk or send text in the app itself. Creating a group is as easy as going to the social tab, and to join a group all you need is the invite URL.

The new profiles will allow you to put a brief autobiography, show your recent games, and links to your social networking accounts. You can choose to make everything visible to the public, or hide info you don’t want everyone to know. It’s a bit bare bones for right now, but it’s headed in the right direction.

You can also appear offline if you don’t want to be hassled. However, if you’re actually in a game that may not apply. For example, in World of Warcraft, Guild members will be able to see you come online. It’s important to remember that currently any settings you choose just affect the app, not your games.

If you want to take part in the Battle.net beta, just go to settings in the app and click on the beta tag. Anyone can enter, and it’s stable enough that it’s a beta in name only.