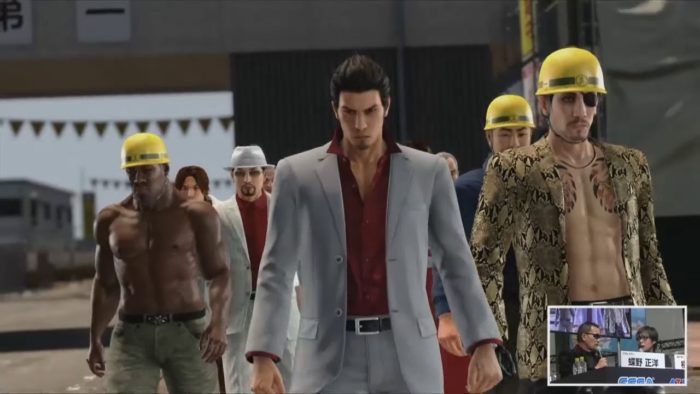 Sega showed off 23 minutes of Yakuza Kiwami 2 at Tokyo Game Show. This new edition of 2006’s Yakuza 2 is getting a full remake and looks excellent. In the footage, you get a look at longtime series protagonist Kazuma Kiryu in action, as well as some of the all-new material featuring the Mad Dog of Shimano, Majima Goro.

Yakuza Kiwami was a great remaster of the original game in the franchise, but Yakuza Kiwami 2 is set to outpace it. While the first Kiwami game used an older engine so that it could run on the PlayStation 3 during for it’s 2015 Japanese release, Kiwami 2 will be powered by the same next-gen “Dragon Engine” that debuted in Yakuza 6: The Song of Life.

In addition to new graphics, and smoother gameplay, Yakuza Kiwami 2 will feature new story segments, new voice acting, and the “Truth of Majima Goro” segment, which will feature a never-before-seen look at what Majima was up to during Yakuza 2. The game is set to debut in Japan on December 7, but we haven’t got a US release date yet, or even confirmation that it’s coming overseas. However, given Sega’s enthusiasm about the series in the West, we’ll likely get a release at some point shortly.