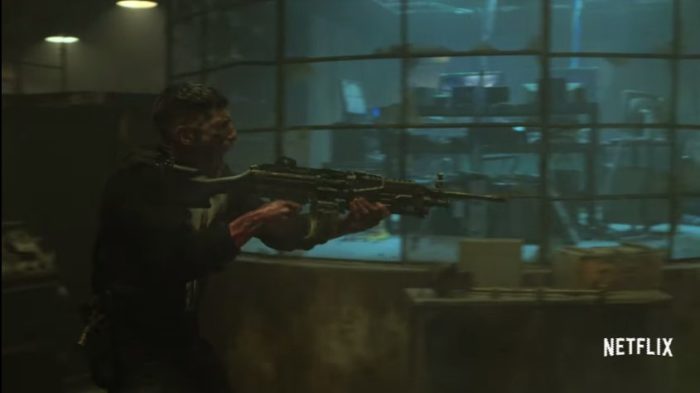 The first full trailer for Netflix’s version of The Punisher is finally here, and it’s filled with just what you’d want, guns, explosions, and some heavy metal to go along with it. The trailer starts out innocently enough with some tender moments between Frank Castle and his family, before completely flipping everything.

Much of The Punisher’s storyline in the Netflix show is him exacting revenge for those that killed his family, but in the process he uncovers a huge conspiracy that runs deeper than just New York’s criminal underworld. During the course of the trailer you can see The Punisher using plenty of different guns, and it looks like the show will be just as action packed as you’d expect. There’s a handful of new characters that look like they’ll be introduced into the mix for the new show, as well as a shot of Karen Paige from Daredevil. Take a look at the full trailer down below.

The trailer ends with a partially revealed date for The Punisher, releasing sometime in 2017. The official date and day have yet to be revealed, but we’ll make sure to update you once it’s announced.