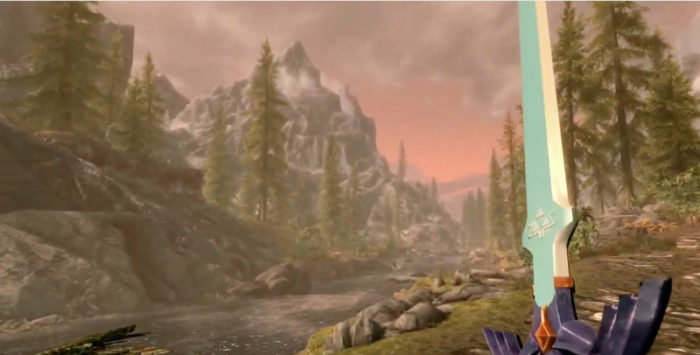 Get ready, Dovahkiin! During today’s Nintendo Direct event, it was announced that The Elder Scrolls V: Skyrim will finally be released for Nintendo Switch on November 17, 2017. That’s after the game-packed month that is October, thankfully. The Switch is getting a whole lot of new ports lately, and Skyrim is certainly going to be the ice cream on top.

This version of Skyrim will allow special unlocks from Zelda amiibo, which will offer the Champion’s Tunic, Hylian Shield, and Master Sword as seen in The Legend of Zelda: Breath of the Wild. So like most titles that end up being ported to the Switch, whether it’s Rocket League or Minecraft, it will have significantly “Nintendo” flavor, from the costumes to the Zelda references themselves.