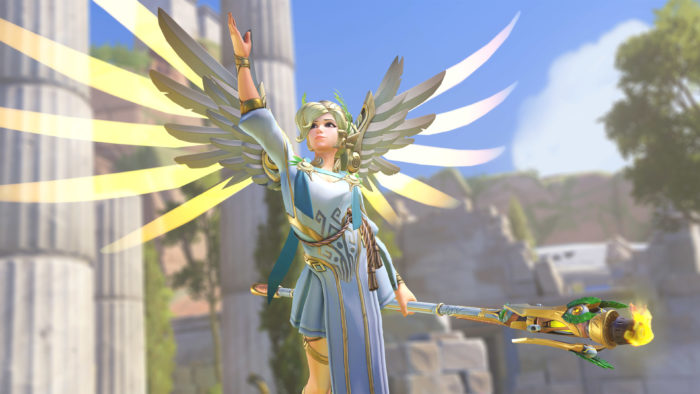 Blizzard has been testing out some new changes on the Overwatch PTR, with one of them being Mercy’s rework. The Support character has gotten a new ultimate ability that amplifies all of her skills, while Resurrect has been bound as a second ability. Mercy can now only bring back one fallen teammate on a cooldown basis instead of reviving a huge group of players.

This posed an issue with her Overwatch achievement called “Huge Rez” since the only way to earn it is to resurrect four players. Luckily, it seems like Blizzard has got it covered as a Redditor noticed that the achievement has been tweaked on the PTR.

Instead of resurrecting four players, Mercy players must bring back six teammates without dying. This new method falls in line with the hero’s rework and shouldn’t pose an issue with earning that “cute” Mercy spray.

Despite the change on PC, it’s still unsure if Blizzard plans to modify the “Huge Rez” on consoles. Those who want to try out the new changes can download the latest Overwatch PTR patch on PC.