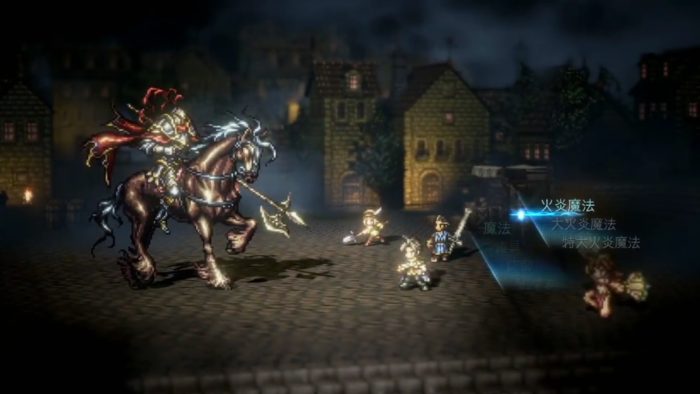 Most RPG fans have known about Project Octopath Traveler for quite some time now but the latest Nintendo Direct gave a new, detailed look at the upcoming RPG. Project Octopath is being developed by the same team at Square Enix that brought us Bravely Default and the more we get to see the game, the more apparent that becomes. Project Octopath is all about player choice and seeing how different characters in the cast react to different situations. The latest trailer revealed during the Nintendo Direct livestream dishes out details on a few of the characters we are expected to see in the game and how their path actions will vary from others in the game. Project Octopath Traveler is meant to be a game that makes the most out of player choice, which is even made clear in the very title that suggests there are eight different paths to be explored throughout the game.

In addition to giving more details about the different path actions of different characters, the Nintendo Direct also gave us a close look at different elements of the game’s combat system. As far as information goes, the new trailer doesn’t necessarily make you feel far more informed about Project Octopath Traveler. It seems to be shaping up to be exactly what most RPG fans expected from this team, which is a very good thing. What the trailer does accomplish, however, is getting RPG and Square Enix fans excited about the game’s release next year.

The upcoming RPG by the Bravely Default team is scheduled to release worldwide for the Nintendo Switch in 2018.